Jorge Drexler (born on September 21, 1964) is an Academy Award-winning Uruguayan musician. On 2004 Drexler won wide acclaim after becoming the first Uruguayan ever to win an Academy Award, which he won for composing the song "Al Otro Lado del Río" from The Motorcycle Diaries.

Though Drexler himself sang the song on the movie soundtrack, it was performed together by Antonio Banderas and Carlos Santana at the Academy Awards ceremony. Upon his winning the award for Best Original Song, Drexler's "speech" consisted mostly of him singing a portion of the song a cappella.

Drexler was born in Montevideo, where he studied medicine and became a doctor. He also studied music and recorded two albums, which were only released in Uruguay. In 1995 he was invited to Madrid (Spain) by well-known Spanish songwriter Joaquín Sabina, who introduced him to other important Spanish singers. Drexler went to Spain to record the album Vaivén in 1996 with Spanish musicians. Vaivén included some old songs from his previous releases mixed with new compositions. He moved to Spain and recorded another four albums: Llueve (1998), Frontera (1999), Sea (2001) and Eco (2004).

Although he lives most of the year in Spain, his latest three albums were partially recorded in Uruguay with Uruguayan musicians. Juan Campodónico and Carlos Casacuberta, former members of rock band El Peyote Asesino, have produced Drexler's albums since Frontera.

His music is a combination of Uruguayan traditional music (candombe, murga, milonga), bossa nova, pop, jazz and electronic music, which results in very personal compositions with original arrangements. The words also play an important role in his songs. Apart from love, reflections about identity, race and religions are a constant in his work. 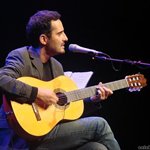 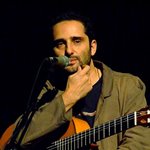