Jonathan Trott is a South African-born England Test cricketer. Domestically, he plays for Warwickshire, and he has also played in South Africa and New Zealand. He was ICC and ECB Cricketer of the Year in 2011. A right-handed top order batsman and occasional medium-pace bowler, he played two Twenty20 Internationals for England in 2007. Good performances for his county in 2008 and 2009, as well as a productive tour in 2008–09 with the England Lions, led to a call-up to the senior England Test squad in August 2009 for the fifth Ashes Test.

He scored a century in that Test, becoming the 18th England player to do so on his Test debut. 18 months later, he scored another century at the MCG to set up the victory which saw England retain the Ashes. His highest England score in a Test match is 226, made against Bangladesh at Lord's on 28 May 2010, and he took his first Test wicket in the same match. He often fields at slip, particularly to the spinners. Although he played for South Africa at U19 level, Trott is eligible to play for England as a result of his grandparents being English. Following a good season in 2007 he was selected in June 2007 for England's one day squad for the series against the West Indies. He was given the nickname Leon, after Marxist theorist Leon Trotsky by the England team. Trott shook off a hand injury and played in both Twenty20 Internationals against the West Indies but failed to contribute in double figures and the series ended 1–1. Trott earned selection for the tour to South Africa that winter, thanks to his Ashes efforts and his batting form which helped Warwickshire to the Second Division 2009 Pro40 title. However, on the eve of the tour former captain Michael Vaughan announced in his biography his disappointment in seeing Trott celebrating with the South African cricket team after their victory over England the previous year. Trott rejected the claims, and was supported by Captain Andrew Strauss. Both were disappointed by Vaughan's comments.

Sri Lanka toured England in May and June. In the first Test in Cardiff, Trott participated in of partnerships of 251 and 160 on his way to making 203, his second Test double-century, thereby increasing his remarkable batting average to 66.77. This score of 203, set the highest individual score by an English player against Sri Lanka, breaking Graham Gooch's score of 174. He also took his second test wicket on day five of the second test. 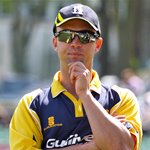 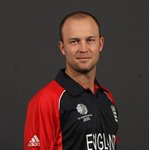 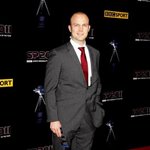 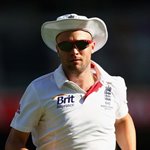 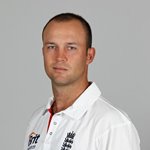 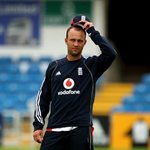 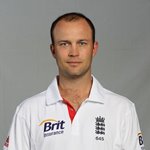 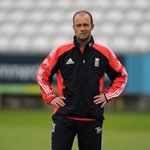