Started playing music since childhood, Jonathan Cain made his debut as a recording artist in 1977, at age 27, with the release of “Windy City Breakdown” under Bearsville Records. Two years later, he played keyboard and guitarist for The Babys, but quit after appearing in the band's albums “Union Jacks” and “On the Edge.” His musical career entered a new phase when he joined the rock group Journey in 1980, in which he fulfilled an open place left by keyboardist Gregg Rolie. On his first collaborations, Cain helped Journey reach the top of the chart with the album “Escape,” thanks largely to Cain's compiling and piano playing on such songs as “Don't Stop Believin',” which was named by All Music Guide “one of the best opening keyboard riffs in rock.” He also solely wrote the classic Journey ballad “Faithfully,” about life on the road.

Cain went on to build his popularity with Journey until 1987, when singer Steve Perry departed the band. After the leaving, the rest of the Journey members went on to pursue their own projects. In the meantime, in 1988, Cain reunited with former Babys bandmate John Waite formed a new band called Bad English. Other members included fellow Journey member Neal Schon, Ricky Phillips and Deen Castronovo. The band split up after releasing two albums.

The mid-1990s saw Cain return to his solo project by releasing “Back To The Innocence” in 1995 on Intersound Records. Aside from singing and writing, he also served as producer on the album. He continued to release three piano instrumental albums for Higher Octave records, namely “Piano with a View” (1995), “Body Language” (1997) and “For a Lifetime” (1998). Around this same period, in 1996, Cain reunited with the Journey line up from the album “Escape,” comprising Steve Perry, Neal Schon, Steve Smith and Ross Valory, and recorded the album “Trial by Fire.” Their song, “When You Love A Woman,” received a Grammy nomination in 1997, while the songs “Open Arms” and “Who's Cryin Now,” which Cain co-wrote with Perry, won BMI songwriter awards in the category of Most Performed Song of the Year. Unfortunately, Perry left the group again in 1998. Despite the departure of the lead vocalist, Journey continues to perform until present days with Cain maintaining his duties as keyboardist and songwriter. 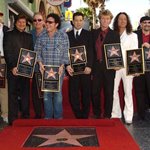 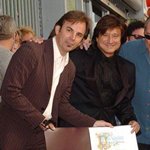