Waite first came to attention as the lead singer and bassist of The Babys, a British group which had moderate chart success and a solid following for their concert tours. Over the course of five years, the Babys produced five albums ending with the final album On the Edge in October 1980, after which the group broke up.

Waite subsequently launched his solo career with his 1982 debut album Ignition, which produced the hit single "Change", written by Holly Knight and later included on the Vision Quest soundtrack.

His next album, No Brakes, resulted in international attention due to the hit single "Missing You" which went to No. 1 on the American charts. Two more singles followed, including "Tears" which was a Top 10 hit on the Billboard Mainstream Rock charts.

The next album Mask of Smiles followed in 1985, and another single "If Anybody Had a Heart" was released from the soundtrack of the 1986 film About Last Night..., starring Demi Moore. Waite would have another soundtrack appearance in 1990 from Days of Thunder with "Deal for Life", written by Martin Page and Bernie Taupin.

In 1988, Waite joined former Babys bandmates Jonathan Cain and Ricky Phillips along with Neal Schon from Journey and drummer Deen Castronovo, to form the supergroup Bad English. In 1989, the Bad English ballad "When I See You Smile" (penned by Diane Warren) became a number one song in the United States. Bad English would release two albums before tensions amongst the members led to the band's dissolution by 1992.

Waite returned to solo work and since 1995 has produced five solo albums including his latest album Downtown... Journey of a Heart. He still tours, including in 2003 with Ringo Starr's All Starr Band, and as an opening act for Journey in 2005.

In 2006, "Missing You" was released as a duet with Alison Krauss and reached the Top 40 on the Country Charts in the United States. Waite appeared with Krauss on the Tonight Show on February 5, 2007 to perform "Missing You." 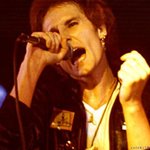 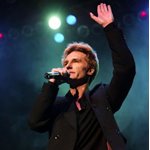 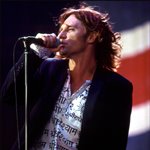