Joey began boxing as an amateur at the University of Nevada, Reno winning three consecutive NCAA boxing championships and the Super Middleweight Nevada Golden Gloves championship. He finished his amateur career with a record of 27-1.

He was placed on the West Coast Team in reality tv show The Contender, and beat Jimmy Lange in the first round of this competition. He had been supposed to fight Anthony Bonsante. He then had his friend turned rival Jesse place him in a fight against Peter Manfredo in the Quarter Finals, which he lost in a divided decision. The fight was stopped in the fifth round due to an accidental headbutt from his opponent - which left him in hospital, the facial wound combining with back troubles.

After the Contender, Joey won a 6 round unanimous decision in the super middleweight division against James North on the undercard of the Jeff Lacy vs. Scott Pemberton card. He also won the rematch with Jimmy Lange at the Patriot Center in Fairfax, VA for the vacant middleweight NABO title on February 18. Joey has 16 won and 1 lose. 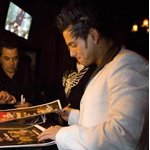 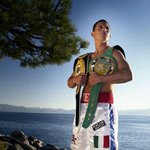 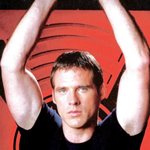