Winning a modelling competition at age 13, she took many modeling jobs around the world including a stint with Pierre Cardin and covers of Anna magazine. She has worked for Storm, Look Now and Viviens modelling agencies in London, Milan and Australia respectively.
Returning to her home of Sydney in 2004 and auditioning for the Australian soap opera Home and Away, in which she now plays the feisty Martha MacKenzie, granddaughter of longtime character Alf Stewart.
In 2007, Jodi's character Martha goes through hell. She discovers her boyfriend Ash is married and he has been living a double life even since he hooked up with her. Then, Ash considered leaving his wife for her, but did not. On Monday February 12, Martha makes a life changing discovery. She is pregnant to Ash, but is considering terminating the baby. She confides in her estranged husband to help her through her life-changing news. After terminating her pregnancy, Martha displays erratic behavior. She lets the bar get robbed, gets caught drinking on the job, quits her job, starts a new job with her new older lover Cam and even does a hot pole dance. What will she do next?
On May 7, 2006 she received a Logie award for Most Popular New Female Talent (with her on-screen partner Paul O'Brien winning Most Popular New Male Talent). Previously romantically linked to London gad-about & playboy, Daniel Welham. 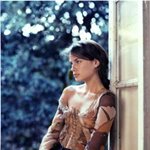 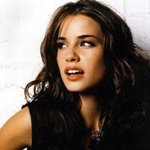