A longtime fan of punk rock, Joan Osborne decided to pursue her love of music after a career in documentary film did not pan out. On a dare by a friend, the native of Kentucky who now lives in New York, came up on the stage of an open microphone club and sang “God Bless The Child” by Billie Holiday. The performance aroused her deep passion for music and the rest is a history.

Osborne formed a band and began performing anyplace where her blues and soul tunes were accepted. In 1992, with enough money saved from live acts, she established her own record label named Womanly Hips. The same year, she also recorded and launched 5,000 copies of a live album, “Soul Show.” Thanks to her raw voice, she was encouraged to make a three-track EP, “Blue Million Miles.”

Showing great promise, Osborne was signed by Mercury Records and released her first major label debut in 1995 with “Relish.” Originally slow-going on sales, the album became a hit, especially after the release of the successful single “One of Us,” a more pop-oriented, New Age religious track covering open-ended questions about God. Despite creating controversy, “One of Us” was a hit and rocketed Osborne to prominence. During the course of the album’s success, which eventually reached triple platinum certification, Rolling Stone put her on the cover of their magazine and she was nominated for five Grammy awards, including one for Album of the Year. She furthered her popularity by performing on consecutive Lilith Fair tours, which celebrated women in music, in 1997 and 1998.

Following the much-talked-about project, Osborne completed more “backstage” work. She produced an album for the Holmes Brothers and collaborated with such big names as Stevie Wonder, Isaac Hayes, Sheryl Crow, and Wyclef Jean. In addition, she also contributed to several soundtracks for TV and film projects. Although her work was impressive, Mercury moved the singer from their list in 1999 before Osborne could finish the second album she had been working.

After a long delay, “Righteous Love,” a self-financed studio album, which was then picked up by Interscope Records, was finally released in September 2000. The album, however, failed to meet the commercial success of its predecessor and soon fell off the charts. She resurfaced two years later with her R&B album, “How Sweet it Is,” with Compendia Music Group as her backup. Along the way, Osborne provided lead vocals with The Dead (formerly the Grateful Dead), served as an opening act for the Dixie Chicks’ national tour, and performed at the Grand Ol’ Opry. 2002 also found Osborne appear in the documentary film “Standing in the Shadows of Motown,” performing the songs “(Love Is Like a) Heat Wave” and “What Becomes of the Brokenhearted,” and touring alongside the Funk Brothers. Next, in 2003, she participated in an AIDS benefit CD and teamed up with numerous performers to record a tribute album for gospel star Sister Rosetta Tharpe, titled “Shout, Sister, Shout.”

During 2005 to 2006, Osborne was spotted on many occasions performing with Phil Lesh and Friends. She also launched “One of Us” in 2005 and “Pretty Little Stranger,” under the Vanguard label in November the following year. On “Pretty Little Stranger,” she said, “I think of this as my version of a country record. I'm thinking about this album almost as if a film director decided to make a genre films; a western, then a romantic comedy, then a detective film. It's a little like taking these genres that have certain constraints built in, then putting your own sensibility into it.”

Her latest album, “Breakfast in Bed,” was released in May 2007 by Time Life. It comprises of the soul music she covered on “How Sweet It Is” and the two songs she performed for the 2002 film “Standing in the Shadows of Motown.” Also in 2007, Osborne guest starred on the Holmes Brothers collection “State of Grace” performing “Those Memories of You,” an aged Allan O'Bryant and Bill Monroe bluegrass tune.

“I love this music and these songs. When I first started singing with any kind of seriousness, I was involved with the roots music scene in NYC and got a real education in soul, rhythm and blues. Etta James, Howlin’ Wolf … it was the same for me back then as it is now. I try to emulate the emotional rawness of their music and wanted to revisit the simplicity of the lyrics and direct style of songwriting.” Joan Osborne (on her latest album, “Breakfast in Bed”) 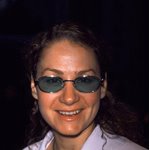