Having honed her acting skills with the Piven Theatre Workshop, young Joan Cusack landed her earliest film work in the early 1980s by playing the role of Shelley, (father Richard Cusack had a very small role), in the teen comedy My Bodyguard (1980) and with brother John Cusack (character Bryce) in the romance-comedy Sixteen Candles (1984, Joan played a small role of a geek girl). After appearing in such films as Cutting Loose (1980), Class (1983), and Grandview, U.S.A. (1984), Joan became a regular on the hit show Saturday Night Live for one season (1985-1986). Subsequently, Joan won more supporting roles in several films including The Allnighter (1987), Broadcast News (1987), Stars and Bars (1988), and Married to the Mob (1988).

"In & Out seems to play as well in the heartland as it does in big cities." Joan Cusack

In 1997 Joan made another breakthrough. Frank Oz cast her in the role of Kevin Kline's abandoned fiancée, Emily Montgomery, in his comedy film, In & Out. Her remarkable skills as an actor received critical acclaim and nabbed her a second Academy Award nomination for Best Supporting Actress. In the same year, she portrayed brother John Cusack's secretary, Marcella, in George Armitage's thriller-comedy Grosse Point Blank.

During the rest of the 90s Joan played roles in a string of films which included characters in A Smile Like Yours (1997, as Nancy Tellen), Toy Story 2 (1999, lent her voice to Jessie the Cowgirl), Runaway Bride (1999, as Julia Roberts' best friend), Cradle Will Rock (directed by Tim Robbins, costarred with her brother John Cusack), and Arlington Road (playing suburban wife Cheryl Lang).

Joan kept busy in films during the new millennium. Moviegoers can catch her in numerous films like High Fidelity (2000), Where the Heart Is (2000), The School of Rock (2003), Looney Tunes: Back in Action (2003), and Raising Helen (2004). More recently, Joan was cast as Michelle Trachtenberg's supportive mother in Tim Fywell's family-comedy Ice Princess (2005, with Kim Catrall). Commenting about her role and the film Joan explained, "Skating is big in Chicago... There's a lot of hockey; a lot of the boys play hockey. And figure skating is big. I mean, I don't have girls, so I don't know that whole thing that much, whereas my son plays hockey. [But] we went one day because they were having this ice skating show of all of the girls and it was huge. It was like all of the dresses and the things and all of the outfits and the moms and all of the members and they were doing a big show; it was big." 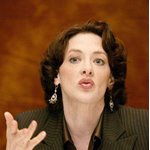 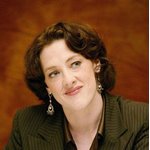 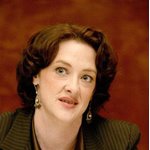 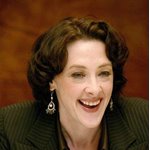 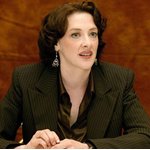 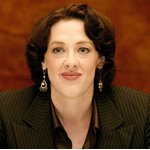 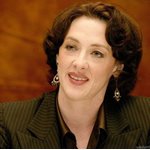 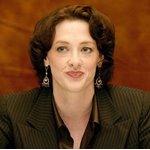