The son of entertainers, Jerry Lewis had his first taste of the world of entertainment early. When he was five, he appeared in front of the public singing “Brother, Can You Spare A Dime?” at the Borscht Circuit in New York. After leaving high school, 15-year-old Lewis tried his hand at comedy with his “Record Act,” where he mimicked and mutely mouthed lyrics of classical and popular songs played off-stage. In 1942, he was booked professionally for the first time at the Loew's Pitman Theatre in Brooklyn, N.Y. It was in a 1944 show at the Glass Hat in NYC that Lewis met future collaborator Dean Martin. The affiliation continued on July 25, 1946, when Lewis invited Martin to perform with him at the 500 Club in Atlantic City after one of the other entertainers quit suddenly.

At first, Lewis and Martin worked individually, but then improvised together ad-libbing insults and jokes, jetting seltzer water, hurling stalks of celery and oozing general zaniness. The duo soon became a hit, which was clearly defined with the rapid increase of their salaries (in less than 18 weeks, their wages climbed from $250.00 a week to $5,000.00). Film producer Hal Wallis was so impressed with their performance at the Copacabana in New York City that he offered the team a contract with Paramount Pictures. Their first film, My Friend Irma, was released in 1949. On their debut, Bosley Crowther of the New York Times wrote, “We could go along with the laughs, which were fetched by a new mad comedian, Jerry Lewis by name. This freakishly built and acting young man, who has been seen in nightclubs hereabouts with a collar-ad partner, Dean Martin, has a genuine comic quality. The swift eccentricity of his movements, the harrowing features of his face, and the squeak of his vocal protestations... have flair. His idiocy constitutes the burlesque of an idiot, which is something else again. He's the funniest thing in the picture.”

The two went on to make fifteen more films together while still maintaining nightclubs dates, personal appearances, recording sessions, radio shows, and television engagements, until their break up in 1956. Their last film together was Hollywood or Bust (1956), directed by Frank Tashlin, who formerly helmed the two in 1955's Artists and Models. Lewis and Martin made their farewell show at the Copacabana on July 25, exactly ten years to the day from when they became a unit.

After the split, Lewis ventured out on a solo career and was perpetually on the move. He made his first solo TV appearance on “The Jerry Lewis Show” in 1957, and starred in a first movie without Martin, The Delicate Delinquent (also in 1957), which also marked Lewis' debut as a producer. His movie career took off and he made some records and albums, most notably “Rock-A-Bye Your Baby with a Dixie Melody” that has reached almost four million in sales to date. With the raised confidence, Lewis immersed into screen, writing, directing, producing and acting. In the spring of 1959, he signed long-term exclusive contracts with Paramount, which included 14 films at $10 million. By this time, he had amassed five more film credits, including Frank Tashlin's Rock-a-Bye Baby (1956) and The Geisha Boy (1958), and Norman Taurog's Don't Give Up the Ship (1959). I

Lewis made his debut as director in 1960 with The Bellboy (1960), where he also starred and wrote, and took on the same duties for The Ladies' Man (1961) and The Errand Boy (1961, played dual roles). Lewis' first three movies discarded plot almost totally in favor of jokes set end to end, a method that received more critical praise in Europe than in America. Lewis shared the writing credits for the latter two with Bill Richmond, who served as co-scenarist in The Bellboy.

After acting in Tashlin's It's Only Money (1962), Lewis scored a victory with The Nutty Professor (1963), which was hailed by many as his masterpiece. For the comedy, he again teamed up with Richmond and they decided to leave the episodic structure for a more schematic plot that proved to be more successful than their predecessors. Aside from his noted directing and writing jobs, Lewis also offered a memorable starring turn as Professor Julius Kelp/Buddy Love/Baby Kelp.

Performances in the Tashlin films Who's Minding the Store (1963) and The Disorderly Orderly (1964) marked Lewis's final affiliation with the director before he returned to the director's chair for the humorless The Patsy (1964), which is remembered only as the last film of Peter Lorre. The Family Jewels (1995) gave Lewis the opportunity to direct, write (with Richmond) and play seven different characters, but it was Boeing Boeing (1965), where he won a Golden Laurel for Comedy Performance for his performance opposite Tony Curtis, that professionally ended his contract with Paramount. He signed a new deal with Columbia Pictures in 1965 and directed, produced and starred in Three On A Couch (1966), and then wrote, produced, directed and starred in The Big Mouth (1967) and Don't Raise the Bridge, Lower the River (1967). He went on to work with other studios through the 1960s, but his peak had clearly been at Paramount.

Lewis directed Sammy Davis and Peter Lawford in One More Time (1970) as well as directed and starred in the film Which Way to the Front (1970). He then starred and directed the unreleased The Day the Clown Cried in 1972, appeared on stage in a production of “Helzapoppin” in 1976, and made regular appearances as a guest host in 17 episodes of “The Tonight Show Starring Johnny Carson” during its 1970-1971 seasons. He also found himself reunited with former partner Dean Martin in a 1976 stage performance arranged by Frank Sinatra. Back to directing, Lewis released Hardly Working in 1981. Although it was not cared for by critics, the movie was a box office hit, grossing $50 million in North America alone. The success proved Lewis was still on track.

Following a heart attack in 1982, Lewis delivered a series of memorable performances and was seen in the Martin Scorsese directed The King of Comedy (1983), five episodes of CBS’ series “Wiseguy” (1988-1989), Emir Kusturica's Arizona Dream (1993) and Funny Bones (1995). The same year he acted in Funny Bones, Lewis made his Broadway debut as Applegate in a revival of the musical comedy “Damn Yankees.” While on tour, he conducted the first “Laughter and Healing” seminar at the University of Louisville (KY) School of Medicine with Dr Clifford Kane. In 1996, Lewis served as executive producer when Eddie Murphy paid homage to Lewis' most iconic role for a well-liked 1996 remake of The Nutty Professor, with Murphy starring as Sherman Klump.

Always a welcomed presence on the talk show circuit, Lewis guest starred as Professor John Frink, Sr. in a 2000 episode of “The Simpsons,” had a cameo role as a plane passenger in the 2004 film Miss Cast Away and more recently, appeared as the homeless uncle of Detective Munch in an episode of “Law and Order: SUV” (2006). He will soon supply his vocals for a cartoon version of his 1963 film, The Nutty Professors. The project is slated for a 2007 release. 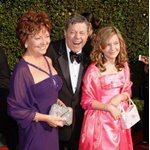 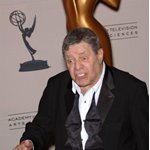 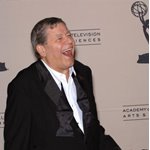 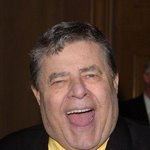