Born and raised in New York City, Jennifer Blanc developed a love for performing at an early age. She was very active in many school productions, and after playing Dorothy in “The Wizard of Oz,” the sixth-grade student knew that she wanted to pursue an acting career. Black appeared in her first film when she was 10 playing Baby Marlene in Old Enough (1984), a drama starring Sarah Boyd and Rainbow Harvest. Work in a movie called Sleep Tight, adapted from a short story by James Purdy, followed before Blanc embarked on Broadway in the Neil Simon-penned “Brighton Beach Memoirs,” opposite Jonathan Silverman, Robert Sean Leonard, Nancy Travis, Chuck Cioffi, and Elizabeth Perkins. At the time, she was still 14.

After a series of TV commercials and voice-over work, Blanc made her TV series debut as straight girl in the Kenny Ortega-helmed drama/musical “Hull High” (1990), but the show had a short life. Meanwhile, she had a guest shot in the popular series “Beverly Hills, 90210.” At the urge of her agent, she moved out to California and soon afterwards, landed parts in episodes of “Nurses” and “Married with Children” (1991). Then in 1993, she was cast as Tiffany in the sitcom “The Mommies,” along side Justin Berfield. She left the series in 1994.

Following episodic roles in “Sweet Justice” and “Rebel Highway,” Blanc finally got her first break when she joined the cast of the well-received series “Party of Five” in the role of Kate Bishop. She played the role for a season-and-a-half from 1994 to 1995. While working on the show, she had a feature role in the Betty Thomas film The Brady Bunch Movie (1995), and after leaving from the Fox drama, spent the remainder of the decade and early 2000s working on movies and TV films, such as Awake to Danger (1995), Friends 'Til the End (1997), Steve Anderson's Dead Men Can't Dance (1997) and The Ride (1997). She also guested many TV series like “Touched by an Angel” (1997), “Early Edition” (1998) and “Providence” (1999).

However, Blanc did not experience her next TV breakthrough until 2000 when she landed the role of Kendra Maibaum on James Cameron's “ Dark Angel,” starring Jessica Alba and Michael Weatherly. Although small, the role provided the young artist enough opportunity to show off her talents. She stayed with the show until 2001.

“I read the pilot and I just said 'I have to be a part of this show.' I don't care that Kendra is not the biggest role in the show. My agents were very concerned with that at this stage of my career. I said 'listen, I can get bigger roles after I'm done with Kendra, let me be a part of this show, it's going to make a big difference,' and I was right. Kendra is definitely outstanding enough that as little as she does, compared to Jessica Alba, she's so out there and flamboyant. Afterwards my agents called me and apologized because this is a very prestigious thing to be a part of and its opened up a lot of doors.” Jennifer Blanc on her role in “Dark Angel”

Next, Blanc supported Jenna Mattison, Brad Rowe and Bryan Callen in the comedy film Fish Without a Bicycle (2003), appeared in the independent film Quality Time (2004) and was cast along side Jenna Mattison, Sean Maguire and Armand Assante in the romance/comedy The Third Wish (2005) for director Shelley Jensen. In the late 2005, she appeared as Jacinda Hendler in an episode of “CSI: Crime Scene Investigation.”

Recently appearing as Catholic School Girl at an episode of “Veronica Mars” (2007), Blanc is set to play Jenna in the comedy/drama film West of Brooklyn (2007), directed by Danny Cistone and inked by Ronnie Marmo. In addition, she will portray Harley in the upcoming drama 365 Days (2008).

“Well, there are movies and I'm very excited about recording too, but I'd like to have at least one more amazing series under my belt.” Jennifer Blanc 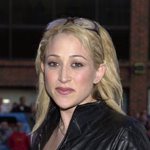 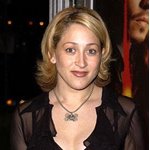