Having spent most of his youth in Michigan, Jeff, his twin brother, Jerry, and his family moved to California when he was in high school. While working as a tour guide at Universal Studios, Jeff watched films being made and was inspired to pursue a career as an actor. He went to college and graduated with a degree in speech and telecommunications. Jeff then moved to New York, where he studied with Warren Robertson and Michael Shurtleff. During his five years in New York Jeff had roles on several soap operas and won his first major feature film role. He also performed in many theatrical productions, commercials and voice-overs.

In addition to drama, Jeff performs stand-up comedy and also emcees various celebrity events. His Improv Comedy group, At the Drop of a Hat, performs regularly at the world famous Comedy Store.

Jeff enjoys using his skills in stage combat and martial arts to do a lot of his own stunts and fight scenes. He sings and plays guitar (acoustic and electric), and is a certified ski instructor and scuba diver. Jeff excels in most other sports as well.

As an active participant in many celebrity charity events, Jeff supports such organizations as the Ronald McDonald House, Muscular Dystrophy Association, The National Heart Foundation, Special Olympics and The Frontline Foundation.

Between projects, Jeff teaches an acting class at the University of Utah. He holds memberships with the Academy of Television Arts and Sciences, The Los Angeles Film Teachers Association, and is the official spokesman for the Academy of Science Fiction, Fantasy and Horror. 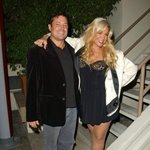