The progeny of Hollywood actor Lloyd Bridges, Jeff Bridges started his film career when he was a baby thanks to his father who brought the four-month old Bridges in front of the film camera for the 1951 movie The Company She Keeps, where he appeared as the infant in Jane Greer’s arms. When he was 9, along with his actor-brother Beau, Bridges had a recurring role in his father’s popular syndicated series “Sea Hunt.” Young Bridges went on to guest star in several TV shows, including the CBS “The Lloyd Bridges Show” (1962-63, also with his brother), but it wasn’t until 1969 that he got his first brush toward fame as young John in the made-for-TV film Silent Night, Lonely Night, starring his father.

Bridges soon moved on to film, making his acting debut in Hall of Anger (1970), in which he was cast as Doug, a white student bused to a school predominately teaching black students, and appeared as Nero Finnighan in Burgess Meredith’s The Yin and Yang of Mr. Go, that same year. His big breakthrough, however, arrived in the following year when director Peter Bogdanovich cast him in the drama film The Last Picture Show, opposite Timothy Bottoms. As Duane Jackson, an attractive high school football hero coming of age in a small Texas town during the 50s, Bridges was so impressive that he was nominated for a Best Supporting Actor Award at the Oscars. This success launched him as a flourishing leading man in the Hollywood scene.

His rising status continued to rise in the subsequent years with roles in John Huston’s Fat City (1972), Robert Benton’s directorial debut Bad Company (1972), The Last American Hero (1973) and The Iceman Cometh (1973). In 1974, Bridges solidified his reputation as a praised fledgling actor with his Academy Award-nominated performance as Lightfoot in Michael Cimino’s superior caper film Thunderbolt and Lightfoot, starring Clint Eastwood. Predicted to be the next big superstar, Bridges, however, suffered box office disappointments with films like the 1976 remake of King Kong, Somebody Killed Her Husband (1978), Winter Kills, The American Success Company (both 1979), Heaven’s Gate (1980), Cutter’s Way (1981), Kiss Me Goodbye and Tron (both 1982).

The boyishly charming lead bounced back in 1984 with two high-profile pictures, the successful Against All Odds and John Carpenter’s Starman. The first, director Taylor Hackford’s remake of the 1947 film Out of the Past, paired him with Rachel Ward and knocked audiences just right, while the latter, wherein he starred as an Earth-bound alien, garnered Bridges his first Academy Award nomination as Best Actor. In addition, his low-key performance won him a Saturn for Best Actor and a Golden Globe nomination. The next year, Bridges scored a huge box office success with the thriller Jagged Edge, portraying an affluent publishing tycoon accused of murdering his wife.

The massive victory was followed by 8 Million Ways to Die (1986), The Morning After (1986), Nadine (1987, opposite Kim Basinger), the Francis Ford Coppola-helmed Tucker: The Man and His Dream (1988, teamed with his father), See You in the Morning (1989) and The Fabulous Baker Boys (1989, starred with brother Beau and Michelle Pfeiffer). In 1990, Bridges reprised his Duane Jackson role for Bogdanovich’s 20-years-later sequel Texasville, but the film failed to find an audience. He next gave a fine performance opposite Robin Williams in the mediocre The Fisher King (1991, earned a Golden Globe nomination) and took home an Independent Spirit for Best Actor for his brilliant performance as a former criminal attempting to do right by his son (played by Edward Furlong) in the respectfully reviewed indie American Heart (1992), the Martin Bell-directed film which also marked Bridges’ producing debut.

After The Vanishing (1993), Bridges earned positive reviews for playing plane-crash survivor Max Klein in the Peter-Weir-directed Fearless (1993), starred in writer-director Walter Hill’s Wild Bill (1995) and was seen in the box office bomb White Squall (1996). He played a bomb force cop pitted against Irish terrorist (played by Tommy Lee Jones) in the critical flop Blown Away (1994), showcased his comic timing, opposite actor-director Barbra Streisand, in Streisand’s The Mirror Has Two Faces (1996) and served as an executive producer for the Showtime Hidden in America, which starred his brother and was directed by Martin Bell. The Hollywood native returned to the big screen in 1998 to star as “The Dude,” the overweight, greasy-haired, burned out, beach bum of the Coen brothers’ The Big Lebowski. He rounded out the decade by playing faintly paranoid history professor Michael Faraday in the thriller Arlington Road (1999), a renowned Hollywood screenwriter introducing his best friend (Albert Brook) to Sharon Stone’s The Muse (1999) and costarring with Nick Nolte and again with Stone in Simpatico.

Entering the new millennium, Bridges proved he was still on track with his acclaimed portrayal of manipulative US President Jackson Evans in writer-director Rod Lurie’s political thriller The Contender (2000), starring Gary Oldman and Joan Allen. For his outstanding efforts, Bridges was handed a 2001 Broadcast Film Critics Association award and received nominations for Best Supporting Actor at the Oscars, Screen Actors Guild, and Golden Globe Awards. 2001-2004 saw roles in the charming sci-fi feature K-Pax (2001), the quirky comedy-drama Masked and Anonymous (2003), starring and co-written by Bob Dylan, the inspiring feature Seabiscuit (2003, earned a Screen Actors Guild nomination) and John Irving’s The Door in the Floor (2004, received an Independent Spirit Award nomination for Best Male Lead as children’s book author Ted Cole). He also narrated the documentary Lost in Mancha (2003). In 2005, he added the independent comedy The Moguls, where he starred opposite Tim Blake Nelson, and Terrty Gilliam’s Tideland to his long, impressive acting resume.

Recently, the 57-year-old actor starred as the legendary Burt Vickerman, who manages an elite gymnastic program, in the sport-themed film Stick It (2006), directed and written by Jessica Bendinger. He is also scheduled to provide the voice of The Greek in the animated film Surf's Up (2007).

In addition to being an actor, Bridges is also a musician. He released his first album titled Be Here Now, in 2000. The album featured guest performances by such accomplished musicians as Michael McDonald and David Crosby. In 1969, he demonstrated his abilities by singing his own song, “Lost in Space,” for the movie soundtrack of John and Mary. 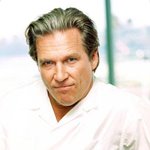 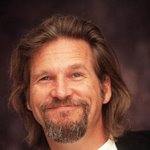 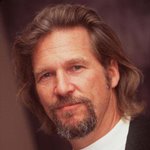 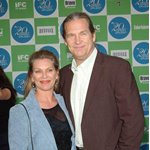 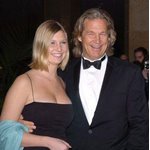 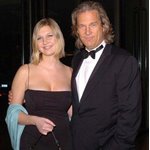