Born in Tulsa, Oklahoma, on June 10, 1963, Jeanne Tripplehorn developed an interest in performing through her father, guitarist Tom Tripplehorn, who at one time recorded with the pop group Gary Lewis & The Playboys on such hits as "This Diamond Ring". (Note: many references list Jeanne's father's birth date as February 2, 1949, but this seem very unlikely as he would have been only 14 years old when she was born). Graduating from Edison High School, Jeanne began her career as a local radio and TV host.

Educated at both the University of Tulsa and New York's Julliard School of Drama, she made her major TV debut in a supporting role in The Perfect Tribute (1991) (TV), a fictional story that centered around President Abraham Lincoln's Gettysburg Address. A year later, she made a big splash with her second lead, in Paul Verhoeven's thriller Basic Instinct (1992) in support of Michael Douglas. In this movie, which made a sex star out of Sharon Stone, Jeanne's weird psychiatrist role established her as a talent to be reckoned with, although a torrid sex scene with Douglas certainly helped. She earned a huge break when she replaced a pregnant Robin Wright Penn in the role of Tom Cruise's wife in the box-office smash The Firm (1993). Her smart work in this film afforded her the opportunity to work opposite other "top guns" in the industry, including Kevin Costner in the futuristic Waterworld (1995), Gwyneth Paltrow in Sliding Doors (1998) and Hugh Grant in Mickey Blue Eyes (1999). While none of these roles impressed to a great degree, they nevertheless put her in good standing. Reaching into her versatile bag of tricks, she went on to play everything from a lesbian gangster in Mike Figgis' experimental film Timecode (2000) to a love interest of left-wing activist Abbie Hoffman in Steal This Movie (2000).

On stage, the lady with the strikingly open face and penetrating glare made her Broadway bow in the role of Masha in Anton Chekhov1s "The Three Sisters" opposite Amy Irving and Lili Taylor. Prior to this, she appeared off-Broadway in John Patrick Shanley's "The Big Funk" in 1990, then co-starred with Val Kilmer in a 1993 production of John Ford's 1630s play "'Tis Pity She's a Whore." In 2002, Jeanne was one of a revolving door of guest stars to appear in the Actor's Alley play "The Guys," a tribute to the valiant firefighters of the 9/11 attack. On television, Jeanne appeared less frequently but did star opposite Arliss Howard in a superlative TV-movie adaptation of William Faulkner's Old Man (1997) (TV).

Although the beginning of the millennium has been rather unspectacular for her career-wise, her private life has been sailing along beautifully of late. Back in the 1990s, she maintained a roller coaster relationship with actor/writer Ben Stiller. Engaged at one point in 1993, she even appeared on his early '90s TV show ("The Ben Stiller Show" (1992)) on occasion. The union broke up after six years, however, and in 2000, Jeanne married actor Leland Orser of TV's "ER" (1994) fame. She bore Orser, who appeared with her in the movie Very Bad Things (1998) and My Brother's Keeper (2002) (TV), a son named August Tripplehorn Orser in 2002. Jeanne's career on TV has deservingly surged recently as the senior wife of polygamist Bill Paxton's three live-ins in the HBO drama "Big Love" (2006). 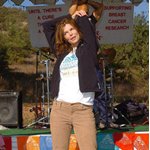 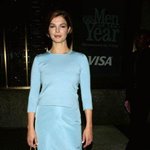 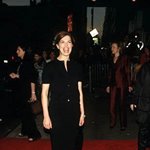 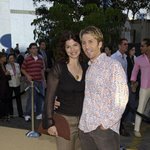 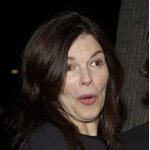 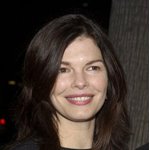 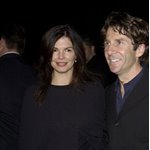 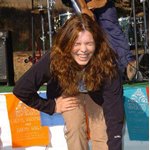