A top fashion model turned actor, Jason Lewis is from Southern California. As a teenager, he was determined to get out and see the world. He had to work hard in order to do so, working for a plumbing contractor, and 55 hours a week as a waiter in a restaurant. In June of 1993, when finally he had enough money collected, he went to Paris at the suggestion of a model scout who thought he would do great in the modeling industry. Jason did a little modeling and was soon on his way to Milan, where he was adored by the fashion industry there.

Towards the end of 1993, he landed a GUESS? campaign and his career boosted increasingly. He began landing campaigns with Tommy Hilfiger, Boss (photographed by Richard Avedon), Byblos, and Ray Ban. He also continued working many major fashion shows in Milan, New York, and Paris. In 1996, Jason was nominated for Male Model of the Year at the VH1 Fashion Music Awards. Besides all the runway shows, he has been featured alone in an 11-page editorial in the February 1996 issue of GQ. He was also one of the stars of NBC TV's "High Sierra Search and Rescue" (1995), a visually stunning seven part series about mountain rescue set in the High Sierras.

Following this early success, he has studied with three private acting coaches for what he hopes will be a future in film. He had done a guest stint on "Beverly Hills, 90210" (1990), and was a recent addition to the cast of "Sex and the City" (1998).

Once living in New York as a high profile model, Jason followed an incredible modeling schedule. However, his interest in acting limits his modeling assignments to just fashion editorials and ad campaigns (no longer runways). His loyal fans still remember him in the pages of GQ and Esquire in 2002, and the winter 2002 Gap campaign. He is signed to Wilhelmina Models, Inc. Some of his best friends are also major male models, such as Alex Lundqvist (who was also Jason's roommate), and Mark Vanderloo. 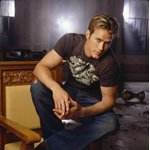 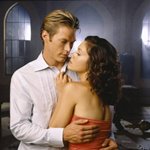 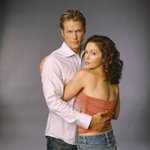