Lanky, charismatic and versatile actor with an amazing grin that put everyone at ease, James Coburn studied acting at UCLA, and then moved to New York to study under noted acting coach Stella Adler. After being noticed in several stage productions, Coburn appeared in a handful of minor westerns before being cast as the knife-throwing, quick-shooting Britt in the John Sturges mega-hit The Magnificent Seven (1960). Sturges remembered Coburn's talents when he cast his next major film project, The Great Escape (1963), where Coburn played the Australian POW Sedgewick. Regular work now came thick and fast for Coburn, including appearing in Major Dundee (1965), the first of several films he appeared in directed by Hollywood enfant terrible Sam Peckinpah. The next two years were a key period for Coburn, with his performances in the wonderful 007 spy spoof Our Man Flint (1966) and the eerie Dead Heat on a Merry-Go-Round (1966). Coburn followed up in 1967 with a Flint sequel, In Like Flint (1967), and the much underrated political satire The President's Analyst (1967). The remainder of the 1960s was rather uneventful for Coburn. However, he became associated with martial arts legend Bruce Lee and the two trained together, traveled extensively and even visited India scouting locations for a proposed film project, but Lee's untimely death (Coburn, along with Steve McQueen, was a pallbearer at Lee's funeral) put an end to that.

The 1970s saw Coburn appearing again in several strong roles, starting off in Peckinpah's Pat Garrett & Billy the Kid (1973), alongside Charles Bronson in the Depression-era Hard Times (1975) and as a disenchanted German soldier on the Russian front in Peckinpah's superb Cross of Iron (1977). Towards the end of the decade, however, Coburn was diagnosed with rheumatoid arthritis, which severely hampered his health and work output for many years. After conventional treatments failed, Coburn turned to a holistic therapist, and through a restructured diet program, made a definite improvement. By the 1990s he was once again appearing regularly in both film and TV productions.

No one was probably more surprised than Coburn himself when he was both nominated for, and then won, the Best Supporting Actor Award in 1997 for playing Nick Nolte's abusive and alcoholic father in Affliction (1997). At 70 years of age, Coburn's career received another shot in the arm, and he appeared in another 14 films, including Snow Dogs (2002) and The Man from Elysian Fields (2001), before his death from a heart attack in November of 2002. Coburn's passions in life included martial arts, card playing and enjoying fine Cuban cigars! 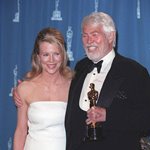 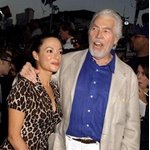 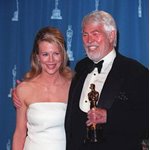 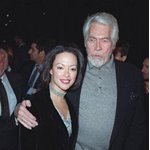