James Belushi was born June 15, 1954, in Chicago. The third of four children - his brother was John Belushi - he grew up in Wheaton, Illinois. A high school teacher, impressed by his improvisational skills while giving speeches, convinced him to to be in a school play. After that, he joined the school's drama club. Today, if asked why he got involved in acting, he will jokingly say, "Because of girls. In the drama club, there were about 20 girls and six guys. And the same thing with choir - more girls!". He attended the College of DuPage and Southern Illinois University, where he graduated with a degree in Speech and Theater Arts.

In 1977, he joined Chicago's Second City improv troupe and remained for three years. In 1979, Garry Marshall saw Jim performing for Second City and arranged for him to come to Hollywood and co-star in the TV pilot "Who's Watching the Kids" (1978) for Paramount and, then, for a role in the series "Working Stiffs" (1979) (co-starring Michael Keaton). Later, in 1983, he joined the cast of "Saturday Night Live" (1975) for two years. Jim came to national attention in About Last Night... (1986), playing the role he originated in the Chicago Apollo Theatre's production of David Mamet's Obie-award winning play "Sexual Perversity in Chicago". He currently resides in Los Angeles with his wife Jennifer Sloan, their daughter Jamison and a son, Robert Belushi, from Belushi's first marriage. 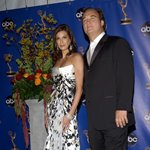 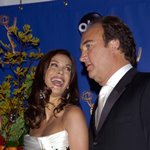