Moving to Los Angeles at age 2, Jake Lloyd got his earliest job in showbiz doing a number of television commercials. He subsequently began acting with a recurring role as a child visiting his seriously ill mother on the popular NBC medical drama “ER,” and then appeared in several episodes of NBC’s drama series “The Pretender.”

Seven-year-old Jake landed his film acting debut as the young son of a troubled mother (played by Marisa Tomei) who is baby-sat by Gena Rowlands’ character, in Nick Cassavetes' independent romantic drama Unhook the Stars (1996). That same year, he followed it up with a supporting role as Arnold Schwarzenegger and Rita Wilson's son in Brian Levant's comedy/family movie Jingle All the Way. He also made his TV-movie debut in The Family Channel's true story-based drama Apollo 11, playing Mark Armstrong, son of astronaut Neil Armstrong (played by Jeffrey Nordling). In 1998, he appeared in ABC’s sci-fi thriller movie inspired by the best selling novel "Host" by Peter James, Virtual Obsession.

“None of us really understood exactly how much that film would affect us for the rest of our lives. I had some issues. When I first had to deal with being in Star Wars, you know, who wouldn't?” Jake Lloyd (on Star Wars: Episode I - The Phantom Menace, 1999)

1999 proved to be Jake’s prominent year when writer-director George Lucas cast him to play Anakin Skywalker, an innocent, selfless, young slave boy who would later became iconic villain Darth Vader in the Oscar-nominated sci-fi film Star Wars: Episode I - The Phantom Menace. Jake’s brilliant performance in the critically-acclaimed film won him a Young Artist Award for Best Performance in a Feature Film - Young Actor Age Ten or Under.

“That bowl (hair) cut really drove me insane. (But) I did my best. I walked out of there and I had fun. It's just like harshness for any other kid — yeah, mine was seen by a lot more people, but it's still the same basic concept. I don't really mind it. I find a lot of the stuff funny and I've learned to live with it because that's what you do. You can't go fighting everyone that's harsh towards you.” Jake Lloyd (on Star Wars: Episode I - The Phantom Menace, 1999)

Also in that year, Jake filmed William Bindley's APBA hydroplane racing film set in the 1970s, Madison (starring James Caviezel), which was eventually given a limited release five years later in April 2005. Meanwhile, in 2001, Jake starred in the independent fantasy drama film by Roberta C. Williams, Die with Me. He also has done a string of TV commercials, including commercials for Smucker's, Fruit Roll-ups, Ford, Kmart and Pepsi.

As of January 2006, Jake works at an outdoor mall in Carmel, Indiana, called Pac Sun. He has also begun auditioning again. 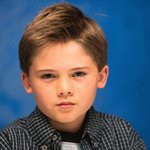 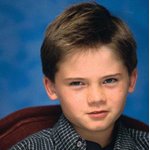