Deciding to become an actor while studying in university, Jack Coleman honed his skills at the National Theater Institute. In the early 1980s, he began appearing on television, starting with a guest spot in an October 1981 episode of the syndicated soap opera, "Days of our Lives."

Not long afterwards, Coleman landed his first big break when he replaced Al Corley to play the regular role of Steven Carrington, the sexually ambivalent son of John Forsythe's powerful oil tycoon lead character, on ABC prime time soap opera "Dynasty." Coleman stayed on the show from 1982 until 1988, playing the character that is noteworthy as one of the first gay leading characters in a dramatic series (despite identifying as gay, his character has relationships with both women and men throughout the series).

During his six-year stint on "Dynasty," Coleman gave guest appearances on several ABC dramas, including the short-lived "Glitter," the detective drama "Finder of Lost Loves" and the prime time soap opera "The Colbys," a spin-off from "Dynasty." He also appeared in an Australian independent film titled "The Pursuit of Happiness" (1988), directed by Martha Ansara.

Coleman subsequently was cast in Scott P. Levy's disappointing sci-fi/action film "Time Under Fire" (1996), Mark A.Z. Dippé's cinema adaptation of the comic book series "Spawn" (1997), and Robert Malenfant's depressing slasher movie starring Talia Shire, "The Landlady" (1998). Meanwhile, he continued working on television, starring in the TV movies "Medusa's Child" (1997), "Angels in the Endzone" (1997), "Last Rites" (1998) and "Replacing Dad" (1999). He was also spotted as a guest in an episode of USA Network's television drama based on Sandra Bullock's 1995 film, "The Net."

2006 marks Coleman's return to the spotlight. In that year, he snagged his most prominent role after "Dynasty," on NBC hit science fiction drama series "Heroes," playing Noah Bennet (aka "Mr. Bennet" or "the Man in Horn-Rimmed Glasses (H.R.G.)"), the shadowy father of Hayden Panettiere's super-powered cheerleader's character. Coleman once referred to his character as ''a combination of the light and dark. I don't want to just be a moustache twirling villain." He was initially recurring, but was upgraded as regular as of the 11th episode "Fallout."

On being picked as a regular on "Heroes," Coleman recalled, ''['Heroes' executive producer] Dennis Hammer called me and said, 'Just want to let you know that your deal is our top priority.' I got off that call, and I went, 'I'm going to be a series regular. It's going to happen.' It was kind of long in coming. There had been a lot of talk about it, but there hadn't been an offer. Then the next episode would come, and I'd get the script and I was prominent, and then I'd be signing that week-to-week contract. I was just like, 'Ugh.' I started to chomp at the bit.''

And when asked about how he developed chemistry with co-star Hayden Panettiere, Coleman revealed, ''The scene that we did in the pilot where I come home and she comes running into my arms, we'd known each other for about 45 seconds when we shot that. I was the guest star. I come out of my trailer, we're about to shoot, she comes out with 'Daddy!' I thought, 'Wow, this is a very open actor.' I was really kind of blown away. Hayden has chemistry with everybody. She does. She's just invested in whoever she is looking at and acting with, and I think that's something that's really special about her. She's very savvy about the camera, but she's not giving it to the camera, she's giving it to the actor.''

Meanwhile, Coleman portrayed the exasperated father of Aly and AJ's spoiled yet good-intentioned character in Disney Channel Original Movie "Cow Belles" (2006) and was spotted as a guest in an August 2006 episode of Emmy Award-winning HBO original series "Entourage." He also has completed his upcoming film project, "Beautiful Loser," a drama/comedy by writer/director John Nolte.

On stage, Coleman was nominated a Los Angeles Drama Critics Circle Award for his performance in the play ''Stand-up Tragedy'' at the Mark Taper Forum. He later won the award after delivering outstanding performance in ''Bouncers.'' 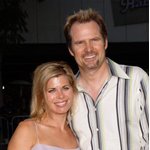