If the company you keep is any indication of your own merit, then Def Jam’s latest rap phenomenon, Ja Rule is destined for greatness. Juggling roles within DMX’s Ruff Ryder camp and Jay-Z’s Roc-a-fella imprint, the 21-year old native of Hollis, Queens has been responsible for some of today’s hottest hip hop verses. Ja’s distinctive gravel-stone voice and fiery presence have blessed projects that include: "Murdergram" a single on the Streets is Watching Soundtrack; Jay-Z’s "Can I Get A…;" and "Gangsta Shit" from DJ Clue’s The Professional. Importantly, with the highly anticipated release of his debut album Venni, Vetti, Vecci (Latin for "He Came, he saw, he conquered"), Ja Rule establishes his place as a force to be reckoned with in today’s competitive environment.

Rhyming from the age of 16, Ja (taken from his initials Jeff Atkins) made his first vocal appearance on Mic Geronimo’s 1995’s "Time To Build," the B-side to Mic Geronimo’s "Masta I.C." The track’s producer and fellow Hollis, Queens neighbor, Irv Gotti heard of Ja rule from around the way and immediately enlisted his services. Building from the strength of his debut appearance, Ja and two friends, collectively known as "The Cash Money Click" signed an album deal with Blunt/TVT Records. Their first and only single, ‘95’s "Get The Fortune," b/w "For My Click" saw rotation on New York’s Hot 97. After a great first effort, longtime friend Irv Gotti, Ja secured a meeting with Def Jam president, Lyor Cohen.

In a strange turn of events, Lyor, impressed by Irv’s street sense and business savvy, hired him as an A&R representative, whose first order of business was to sign Ja Rule to Def Jam. While people might recognize Ja for his party-styled contributions on Jay-Z’s smash "Can I Get A…," his debut effort is a soulful salute to the street. Songs such as the introspective "Only Begotten Son," the heartfelt "Daddy’s Little Baby," and the inspiring "Race Against Time," represent only a piece of Ja’s well-rounded freshman opus. "It’s really not a conquering of the world, but more a conquering of myself," says Ja of his triumphantly titled album, which boasts 17 tracks featuring Jay-Z, DMX and Memphis Bleek.

Needless to say, Ja’s debut LP also boasts it’s healthy share of murderous material. The ominous "It’s Murda" features the reunion of Ja, DMX and Jay-Z, who proceed to lay competition to rest 3 the hard way. The alarming "Worlds Most Dangerous," represents the official arrival of Ja as he declares a lock down on the hip-hop world. The album’s first single, "Holla, Holla" is destined to be rap’s next street anthem. A hard track established the perfect foundation for Ja’s newly-grafted doubled-up style and his infectious call and response hook: "Holla, Holla / All My Niggas that’s ready to get / Dollas, Dollas / Bitches know who get them a little / Hotta Hotta / Come on, if you rollin’ with me / Folla, Folla… It’s murda!"

"I’ve learned to deal effectively with the pressure," says a confident Ja. In addition to his forthcoming album, Ja’s slated projects include: the Wyclef produced "25 to Life" from the Life Soundtrack, featuring Ja alongside Juvenile and Xzibit; Blackstreet’s first single "Girlfriend / Boyfriend" featuring Janet Jackson and Eve; and Dru Hill’s "You Are Everything." "I don’t want people to think I’m piggy backing on anyone," explains Ja, whose name should be swarming the streets this summer. "I want everyone to feel me for me. When my album drops, I want my fans to have a clear picture of Ja. That’s why I named my album Venni, Vetti, Vecci," continues Ja. I’m clear where I want to go and what I want to do. The only thing that remains is for me to conquer my destiny." And knowing Ja Rule, it shouldn’t take long. 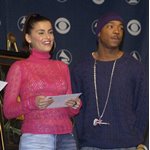 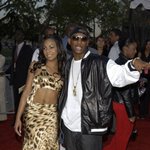 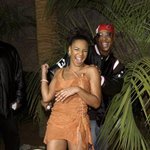 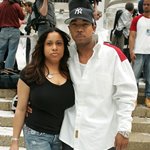 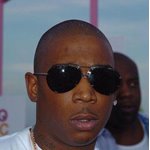 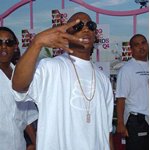 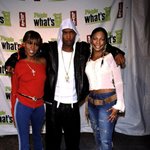