Iroda played the first tournament in Dubai.
In the first round of qualifying
she lost against Maria Vento-Kabchi.
At the ITF tournament in St.Petersburg
Iroda was in the QF.


In May Iroda played same ITF tournaments
in Italy. All tournaments was on clay. In Fontanafredda
she played qualification and was in the semifinal. This
was the best result in this year.


In September, Ira played the Asian Championships in her hometown Tashkent. The winner of the Championships get a wild card for the Australian Open 2006. Iroda was seede on number 8. In semifinal she lost against Hsieh.


2004
Iroda withdraw all tournaments in the first halb of the year.

On 21st June, Ira dropped out of the world ranking.

Iroda played the first match after the injury in Tashkent on 12th October and beat Marion Bartoli 6:4, 6:4. Marion was the top seed of the tournament.


Ira finished the year as number 550 at the WTA ranking.


2003
In Hyderabad, India, Ira reached the final against Tamarine Tanasugarn. Tamarine take a 6:4, 6:4 revenge for the Asian Games. Ira won the doubles title with Elena Likhovtseva by beating Koulikovskaya and Poutchek 6:4, 6:4.


Iroda reached in Miami again the 4th round. She played against the world number one Serena Williams 0:6, 4:6.


In the last tournament before the French Open in Paris Iroda reached the SF in Madrid against top seed Chanda Rubin. Chanda won 6:0, 6:4.


After the QF at s`Hertogenbosch and the 3rd round at Wimbledon Ira played the clay court tournament at Sopot. Iroda lost 2:6, 2:6 to Jelena Kostanic in the first round. This was the last match for over one year.


In October Ira had a surgery on her right elbow.


2002
In Key Biscayne Ira reached the 4th round against Jennifer Capriati.


In September Ira played for Uzbekistan at the Asian Games in Busan. In the final she played against Tamarine Tanasugarn. Iroda won this match 6:1, 6:3 and Gold Medal for Uzbekistan. She also won a Copper Medal for the SF of the mixed doubles with Oleg Ogorodov.


2001
Iroda played the first year only on the WTA Tour.


At the PAcific Open in Japan Ira played wth Anna Kournikova in doubles. In the final she lost againstRaymond / Stubbs 6:7, 6:2, 6:7. This was the first Tier1 final for Ira.


In s`Hertogenbosch Ira won in the first round against Elena Dementieva with 7:5, 6:3. In the SF she lost against the number 2 seed Justine Henin 3:6, 2:6.


In Vienna Iroda won the first WTA tournament on clay. In the final she won 6:3, 6:2 over Paola Suarez.


In the week after Vienna Iroda won the second titles in 2 weeks. In Knokke-Heist she won in the SF against Kim Clijsters 6:0, 6:4. Kim was same weeks before in the final of the French Open. In the final Ira won against Gala Leon Garcia 6:2, 6:3.


In Tashkent Iroda reached the first final on the WTA Tour. Iroda was the number 166 in the world. In the final she won against Francesca Schiavone with 6:3, 2:6, 6:3. In doubles she was again in the final with her partner Zaporozhanova. This was after the final in Warsaw the second in 2000.


Iroda won in Knokke-Heist the first WTA doubles titles. The partner of Ira was Giulia Casoni. In the final she won 2:6, 6:4, 6:4 against Barclay and Dryberg.


In the end of the year Iroda reached the second final on the WTA Tour. In the QF she won against Jelena Dokic (2), and in the SF against Tamarine Tanasugarn (3). In the final she lost against the number 4 Meghan Shaughnessy 6:7, 5:7.


In May she won the first ITF Challenger in Seoul in the final against Shiho Hisamatsu with 6:2, 6:2.


Iroda played the first maindraw on the WTA Tourn in Tashkent. She won against Seda Noorlander with 6:1, 6:3. In douebles she was a finalist with Tatiana Perebiynis.


Iroda played the best tournament at Wimbledon Juniors. In the final she beat Lina Krasnoroutskaya 7:6, 6:4 and won the first Grand-Slam tournament. Ira was in doubles also in the final. She lost with Perebiynis against Bedanova and Salerni 1:6, 6:2, 2:6.


At the US-Open Ira won the doubles with Bedanova against Fokina and Krasnoroutskaya 6:3, 6:4. This was the second Gramd-Slam titles for Ira.


In September she won the second ITF titles in Seoul against Tamarine Tanasugarn in the final with 6:0, 6:2.


In November she was in 2 QF and 1 SF at ITF Challenger in France.


1997
As a wildcard she was in the QF at the ITF Challenger in Jaffa, Israel.


At the Slazenger Winchester in Breat Britain Iroda won the first junior touenament in the final over Rikke Faurfelt.


1996
At the age of 14 years and 1 month Iroda played for the first time for Uzbekistan in the Fed Cup.


Iroda played in Tashkent the first ITF Challenger tournament. In the first round she lost against Anique Snijders with 6:7, 6:4 1:6.

1991
At the age of 9 Iroda began with tennis in her native town Tashkent.


1982
Iroda was born on January, 7th in Tashkent, Uzbekistan. 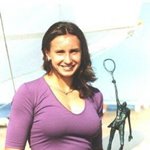 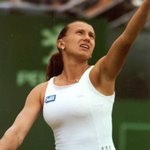 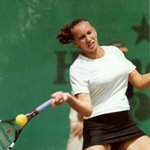