InMe formed in July 1996 with a mutual passion for all things music. Dave McPherson had been good friends with Joe Morgan since they were both cheeky little 4 year old scamps, after years of friendship the time had come to really piss off the parents...it was time to make a racket. They sought out the only drummer they knew...Sir Simon Taylor. After the very first rehearsal they all knew they would be doing this for quite some time... Gigging began anywhere & everywhere for the next few years & good times were had.

InMe were eventually recognised by MFN & good things started to mountain...
They released 4 singles from their debut album 'Overgrown Eden', 3 of these caused damage to the top 40 including 'Crushed like Fruit' which reached 25.

'Overgrown Eden' hit number 1 in the UK rock charts. Shampers all round then!


The boys went from playing venues as small as the London Barfly to London Astoria within a short time where they gained a bigger and bigger fanbase (you guys know you're the bollocks), they played big festivals such as the main stages at Reading and Download 2003 and headlined Game On 2003 (which is something for the Grand-Kids to not be interested in years to come).

After parting with MFN during the label's takeover to Sony they remained without a label for some time until the band eventually signed to V2 Records, and founded their own imprint label, Pandora's Box Records.

InMe performed many live tours in 2005, starting again from The Barfly. They felt it was important to rebuild their fanbase, after a long period away they performed a few intimate gigs up and down the country for their loyal fans. They played the Download Festival where they recieved a fantastic response from the crowd (once again-you're the bollocks). They are a unique live band, who have supported many top bands over 2003 to the present day, bands include Feeder, Limp Bizkit, Nickelback, Deftones, Staind, Puddle Of Mudd and Soil.

In July 2006 InMe amicably parted with Joe Morgan. Not wanting to give up on their passion & ambition for music Dave & Si immediately brought Greg McPherson (Dave's younger brother) into the fold. With this came an even tighter bond than before & Dave promptly began penning what would become 'DayDream Anonymous'.

InMe needed to show how good they were feeling once Greg joined, they booked 'The Punishment Tour'. Despite the sceptic's belief that no-one would come (amongst other premature predictions) the tour not only proved how loyal the fanbase are, but also how this was a new InMe...a much stronger, more technical, more comfortable InMe. 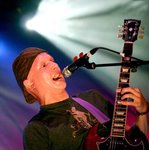 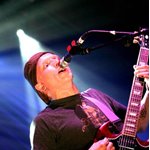 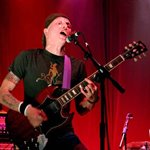 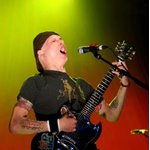 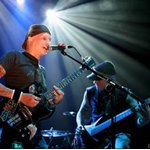 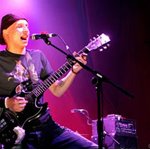 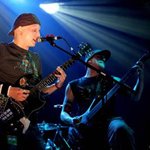 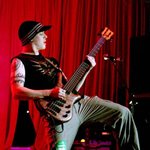