Feature and TV director Howard Deutch, the only son of music publishing wiz Murray Deutch, began his career in the advertising department of United Artists Records (where his father was company president) prior to going into business for himself. As a partner in Kanew-Manger-Deutch, one of Hollywood's most successful movie trailer companies, he collaborated with innumerable filmmakers in creating award-winning trailers before making the leap from advertising to directing music videos for performers like Billy Idol ("Flesh for Fantasy") and Billy Joel ("Keeping the Faith"). Deutch also honed his skills under the tutelage of Kurt Dempster at New York's Ensemble Studio Theatre, directing several plays including "Landscape with Waitress" and "Surprise".

Deutch began his feature career when producer-screenwriter John Hughes gave him the chance to helm "Pretty in Pink" (1986). The result was not only a hit but also one of the better teen angst films of its ilk, with Deutch and Hughes adding some sympathetic twists to its class-conscious tale of Molly Ringwald trying to make it to the prom. The duo encored on the remarkably similar but equally charming "Some Kind of Wonderful" (1987) but had less success with the broad shtick of "The Great Outdoors" (1988). After an absence of several years, "Article 99" (1992), his first feature venture without Hughes, marked a somewhat disappointing return to the big screen, its black humor and satire of health care bureaucracy mixing uneasily with its thin premise and genial tone. Deutch followed with the Macauley Culkin-Ted Danson vehicle, "Getting Even with Dad" (1994), which failed to touch many paying customers, but he rebounded nicely with the predictable but popular sequel "Grumpier Old Men" (1995), with Jack Lemmon and Walter Matthau. He got on well enough with the veteran stars to be tapped as helmer of "The Odd Couple II--Travelin' Light" (lensed 1997).

During his hiatus from features, Deutch successfully tackled episodic TV, directing two enjoyable installments of the HBO horror anthology, "Tales from the Crypt". The second, "Dead Right" (1990), starring Demi Moore and Jeffery Tambor, earned him a CableACE Award. He also helmed the premiere of Fox's twentysomething angst series, "Melrose Place" in 1992. Deutch met his wife Lea Thompson on the set of "Some Kind of Wonderful" and subsequently directed her in "Only Sin Deep" (1989), his first "Tales from the Crypt" effort, "Article 99" and episodes of her popular NBC series "Caroline in the City". 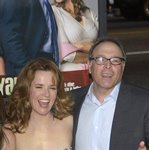 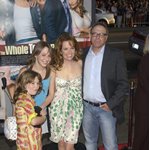 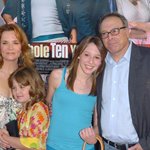 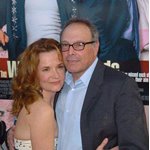 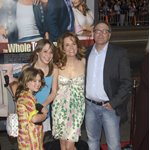