Born into a show business family, Holt McCallany made his debut in the Broadway production of Neil Simon's semi-autobiographical play, "Biloxi Blues." He then entered the big screen with roles in the horror anthology film based upon stories by Stephen King, Creepshow 2 (1987; with George Kennedy and Dorothy Lamour), the crime/action drama Shakedown (1988; starring Peter Weller and Sam Elliott) and the drama film After School (1988; alongside Phil Moore). He also appeared in Brian De Palma's war drama about the Vietnam War, Casualties of War (1989), starring Michael J. Fox and Sean Penn.

In the new millennium, McCallany appeared in the TV movies L.A. Sheriff's Homicide and co-starred as a beach bum/derelict in Kiss Tomorrow Goodbye, a drama thriller starring and directed by Jason Priestley. He also starred in the brief-lived sci-fi/action drama series "Freedom" and played roles in the films Out of Line (2001), as an ex-con sprung from jail to kill a socialite but falls in love with pretty parole officer (played by Jennifer Beals), and in the supernatural thriller Below (2002).

From 2003 to 2005, McCallany joined the cast of CBS crime drama series "CSI: Miami," playing John Hagen, a homicide detective with emotional and psychological problems who has a brief relationship with ballistics specialist Detective Calleigh Duquesne (played by Emily Procter). McCallany’s character later shot himself in the Ballistics Lab in front of Calleigh during the Season 3 finale.

During his "CSI: Miami" stint, McCallany appeared in an episode of USA Network's Emmy-winning dramedy/mystery series "Monk" and was cast in Charles S. Dutton's drama movie Against the Ropes (2004; starring Meg Ryan and Omar Epps) and in writers-directors Jeremy Buhler and Gustavo Rodríguez's 30-minute comedy film The Kingdom of Ultimate Power (2005).

After killed himself in "CSI: Miami," McCallany went to co-star in the drama comedy TV movie Underfunded (2006) and guest star in an episode of NBC's police procedural drama "Law & Order: Special Victims Unit." He also played a role in Nick Cassavetes' mob drama film Alpha Dog (2006; alongside Justin Timberlake, Bruce Willis, Sharon Stone, Emile Hirsch and Dominique Swain). The film was based on the true story of Jesse James Hollywood, an LA drug dealer who became one of the youngest men ever to be on the FBI's most wanted list. 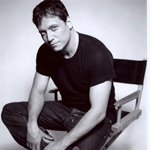