Holly McGuire was actually born Victoria Louise Yallop in Orsett Hospital,Grays, Essex on Sunday 23rd April 1978 at 10.50am to parents Sharon ( a beauty therapist) and Bill (a lorry driver).

At the age of 2 years, Holly's sister Charlotte was born (Now a Solicitor), and as a family they emigrated to Christchurch,New Zealand.

Although the laid back, slow pace of life did not suit the young married couple with two young children, after a long holiday in Singapore deliberating their future, they decided to visit friends in Perth, Western Australia, and at last found themselves at home, it was here they were to stay for the next 2 years, buying land and building a house, until Holly's Mum became home sick, and they moved back to England, just in time for Holly to start school at Little Thurrock Primary, Grays, Essex.

But it wasn't long before Holly's parents came to realise that they thought they had made a mistake and wanted to go back to Australia. The only trouble with this, was that the laws had now changed slightly, it was now very difficult to gain entry into the country if you was not a citizen, and so started a lengthy process of interviews at Australia house in London.

Holly's Dad Bill had to go back to college full time to re-train as a carpenter and french polisher as his current profession as a lorry driver was not one on the entry trades list, so times were difficult financially and Holly remembers growing up they never had much money to spare, but thats not to say that Holly was not exposed to glamour from an early age.

Holly's Aunty Julia, was a showgirl at The Moulin Rouge Paris, and went onto marry her uncle Ferdinand, of "The Ferco's" a magic illusion act featuring Lions and Tigers - and of course glamourous showgirls.

Holly's Uncle John, was a guitarist for 80's rock band "On the Waterfront", who had various top 40 hits. Eventually in 1988, Holly and her family finally had their acceptance letter from Australia house, and begun packing up their home once again to emigrate back to Perth, Western Australia.

Holly recalls it not being easy growing up between two countries, and found emigrating to Australia the second time especially hard, as she really missed her friends and family...


" I felt really sad saying good bye to my whole family at Heathrow airport, we were all crying our eyes out, and things were not easy at my new school as i had a weird english accent" ha ha!

Holly attended, Ocean Reef Primary school, where she excelled in Sports and Athletics competing for her school and county in Track and Field, and was also very good at creative writing, and won awards for her story writing!


But by 1991, finally the family emigrated home to England, not before taking their Australian citizenship,


Holly is lucky enough to be dual national and holds both a UK and an Australian passport.
On returning to the UK, Holly attended Grays Convent (An ALL GIRLS school run by Nuns) and left school in 1994 at the age of 16 years with 11 GCSE's.

She then went onto study Fine Art at Thurrock College, before moving onto Fashion Design.

In 1996 Holly moved to Barnet, North London where she attended Middlesex University to study Fashion Design, before graduating in 1998.

With Hollys career now spanning over a decade, it boasts many forms of work. After graduating as a Fashion Designer from University back in 1998, at a time when she was only modeling for friends at college, she was scouted at London Graduate Fashion Week whilst modeling her own 'final collection' and was signed to Samantha Bond Modeling Agency.

She started out her career as a lingerie and swim-wear model, boasting ad campaigns within her first year for the likes of Pretty Polly, Guiness, Twiglets, Talk Radio, Boots, Kit-Kat and Fosters, which didn't go un-noticed by the Uk press and so she made a natural progression onto Page 3 for both The Sun and The Star daily tabloid newspapers.

The rest is history - she went on to become a UK household name in glamour with her CV boasting a contract for Jordan F1 Race-Team, where she visited the Grand Prix all over the world, with Eddie Jordan and his F1 Race Team;

Holly also had regular photo shoots and front covers for all of the lads mags, such as FHM, GQ, Maxim, Loaded, Front, Ice, Fast Car, Max Power, Redline, Nuts, Zoo, Lads Mag and People Mag Australia, all before she turned 23; when she then turned her attention to her true love; Music; and signed a record deal with the worlds largest record company, Universal Records

For 3 years the girls worked behind closed doors, after signing a record deal with Mercury, Universal under the management of Richard Park (Fame Academy) the girls began the gruelling regime of daily dance reharsals, singing lessons, secretly song writing with some of the worlds biggest names in songwriting, and days in the recording studio where they never saw daylight!

"The hardest thing for myself and Jo, was not bing able to say goodbye to our fans and loyal supporters who followed our page 3 careers from over the years, we just vanished off the face of the earth and was not allowed to speak in public about our signing a record deal... the label wanted to release our song first, and not mention who it was by ... of course the idea behind this was, our record label wanted the public to give the song a chance, before admitting the band was made up in majority from page 3 models. I can see their point, but Jo and i still found a little unfair"

Tantalize, did a Uk club tour, radio tour including Scotland, summer road shows up and down the country with Blue, Atomic Kitten and The Sugarbabes.

Their Highlights; warming up for LuLu at a private charity event, and performing on Eminem's stage at Milton Keynes Bowl in front of 75,000 people.

Their first single "Body Rocking" which the girls recorded in Denmark with Cutfather and Joe, reached number 3 on the MTV Box Dance Charts, after televised performences on The Disney Channel, Nickoldeon and RI:SE

Unfortunately, due to piracy and their song being leaked onto the internet, where fans were able to download it for free, the record label realised they had made a huge loss on their first single and were not willing to take anymore gambles, especially as one of the girls was threatening to quit the band due to relationship problems at the time with her long term boyfriend ... eventually the band were dropped. 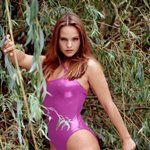 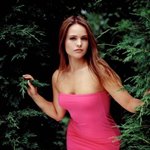 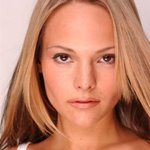 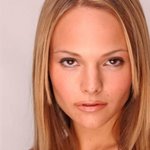 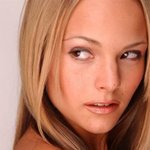 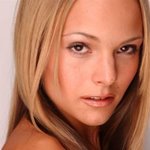 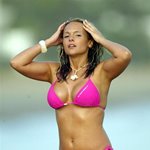 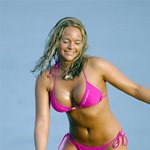 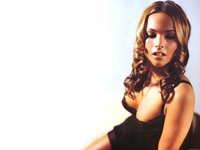 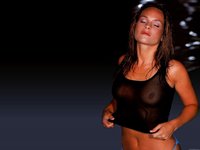 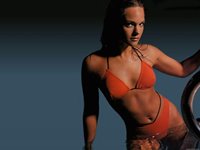 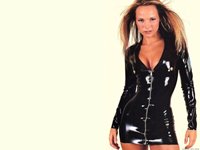