Following appearances on stage during her school years at St Bernard's High School for Girls in Westcliff-on-Sea, Essex, Mirren's first starring role was in 1965 as Cleopatra for the National Youth Theatre. This led to her joining the Royal Shakespeare Company, playing Castiza in Trevor Nunn's 1967 staging of The Revenger's Tragedy, Cressida in Troilus and Cressida in 1968 and the title role in Miss Julie at The Other Place in 1971.

In 1972-73 Mirren worked with Peter Brook's International Centre for Theatre Research, and joined the group's tour in North Africa and the US which created The Conference of the Birds. Returning to the RSC she played Lady Macbeth at Stratford in 1974 and at the Aldwych Theatre in 1975.

As reported by Sally Beaumann in her 1982 history of the RSC, Mirren while appearing in Nunn's Macbeth and in a highly publicised letter to the Guardian newspaper, attacked both the National Theatre and the RSC for their lavish production expenditure, declaring it "unnecessary and destructive to the art of the Theatre"; adding, "The realms of truth, emotion and imagination reached for in acting a great play have become more and more remote, often totally unreachable across an abyss of costume and technicalities..." But Mirren was only stating publicly what many RSC actors had been saying in private for some years.

She notably starred at the Royal Court in September 1975 as the chanteuse Maggie in Teeth 'n' Smiles, a musical play by David Hare, revived at Wyndham's Theatre in May 1976 winning her the Plays & Players Best Actress award, voted by the London critics.

From November 1975 Mirren played in West End repertory with the Lyric Theatre Company as Nina in The Seagull and Ella in Ben Travers' new farce The Bed Before Yesterday ('Mirren is stirringly voluptuous as the Harlowesque good-time girl': Michael Billington, Guardian, 10 December 1975). At the RSC in Stratford in 1977, and at the Aldwych the following year, she played a steely Queen Margaret in Terry Hands' production of the three parts of Henry VI, while 1979 saw her 'bursting with grace' with an acclaimed performance as Isabella in Peter Gill's otherwise unexceptional production of Measure for Measure at Riverside Studios.

In 1981 she returned to the Royal Court for the London premiere of Brian Friel's Faith Healer. In the same year she also received acclaim for her performance in the title role of John Webster's The Duchess of Malfi, a Royal Exchange Theatre production at the Round House in London. Reviewing her portrayal for the Sunday Telegraph, Francis King wrote: "Miss Mirrren never leaves it in doubt that even in her absences, this ardent, beautiful woman is the most important character of the story."

Her performance as Moll Cutpurse in The Roaring Girl (Royal Shakespeare Theatre in January 1983, and at the Barbican Theatre April 1983), "swaggered through the action with radiant singularity of purpose, filling in areas of light and shade that even Thomas Middleton and Thomas Dekker omitted." - Michael Coveney, Financial Times, April 1983.

After a relatively barren sojourn in the Hollywood Hills, she returned to England at the beginning of 1989 to co-star with Bob Peck at the Young Vic in the London premiere of the Arthur Miller double-bill, Two Way Mirror, performances which prompted Miller to remark: "What is so good about English actors is that they are not afraid of the open expression of large emotions" (interview by Sheridan Morley: The Times 11 January 1989). In Elegy for a Lady she played the svelte proprietress of a classy boutique, while as the blonde hooker in Some Kind of Love Story she was "clad in a Freudian slip and shifting easily from waif-like vulnerability to sexual aggression, giving the role a breathy Monroesque quality" (Michael Billington, The Guardian).

A stage career breakthrough came in 1994, in an Yvonne Arnaud Theatre production bound for the West End and later Broadway, when Bill Bryden cast her as Natalya Petrovna in Ivan Turgenev's A Month in the Country. Her co-stars were John Hurt as her aimless lover Rakitin and Ralph Fiennes in only his second professional stage appearance as the cocksure young tutor Belyaev. "Instead of a bored Natalya fretting the summmer away in dull frocks, Mirren, dazzlingly gowned, is a woman almost wilfully allowing her heart's desire for her son's young tutor to rule her head and wreak domestic havoc....Creamy shoulders bared, she feels free to launch into a gloriously enchanted, dreamily comic self-confession of love." (John Thaxter, Richmond & Twickenham Times, 4 March 1994).

Mirren was twice nominated for Broadway's Tony Award as Best Actress (Play): in 1995 for A Month in the Country, the performance she had given the year before in the West End, and again in 2002 for August Strindberg's Dance of Death.

She had an unhappy experience at the National Theatre in 1998 when she played Cleopatra to Alan Rickman's Antony. But in 2000 Nicholas Hytner, who had worked with Mirren on the film version of The Madness of King George, cast her as Lady Torrance in his revival of Tennessee Williams' Orpheus Descending at the Donmar Warehouse in London. Michael Billington, reviewing for The Guardian, described her performance as "an exemplary study of an immigrant woman who has acquired a patina of resilient toughness but who slowly acknowledges her sensuality." 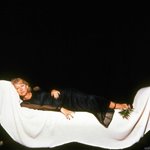 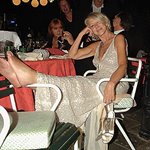 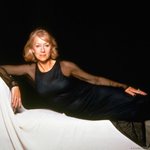 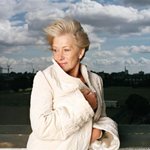 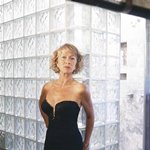 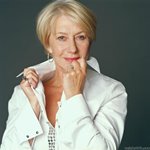 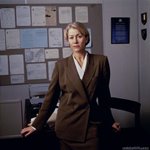