Acting since 1978, her popular breakthrough came with her role as Soolin in the BBC science fiction television programme, Blake's 7.

In 1982 she took the title role in the television series "Jane" playing a World War II heroine who, through humorous circumstance, was always losing her clothes. This series was filmed against a blue screen allowing for the addition of a cartoon background, an experimental technique in its day.

However, Barber is best known for her mid-1980s role of Sgt. Harriet Makepeace in the popular British police drama "Dempsey & Makepeace", where she met her future husband, Michael Brandon.

Since 1987, Barber has appeared frequently in plays, films and television series. Her stage work has included "Macbeth", "Killing Time" with Dennis Waterman, "High Flyers" with Hugh Grant and "Make Me A Match" and "The Graduate", where, causing some media hype, she played Mrs Robinson without the nudity of previous productions.

In 2006 she joined the cast of ITV1 soap, Emmerdale, playing the character of DCI Grace Barraclough, investigating the death of Tom King on Christmas Day. This storyline is set to drag on well into 2007, until a murderer/motive is found. 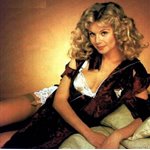 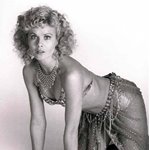 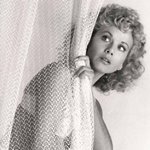