Vancouver, Canada born and bred Gil Bellows made his film debut in 1988’s First Seasons for National Film Board of Canada before heading to Los Angeles to pursue his acting studies. Upon graduating, he moved to the Big Apple and soon found himself appearing in Off-Broadway productions of “Beirut” and “True West.” His first American television assignment came in 1991 when he guest starred in an episode of NBC’s “Law & Order,” as Howard Metzler.

Following guest performances in Fox’s sitcom “Flying Blind” (1992) and ABC’s series “Going to Extremes” (1993), Bellows got his big break when he was handed the supporting role of Tommy, a paltry thief with a fondness for knowledge on the Tim Robbins-Morgan Freeman vehicle Shawshank Redemption (1994), which received 7 Academy Award nominations. With that role, the little-known Bellows was put on Hollywood casting lists. The same year, the actor also starred as an I Ching-tossing Texas crazy named Watty Watts on the comedy Love and a .45, opposite Renée Zellweger.

Bellows then had lead roles as Sarah Jessica Parker’s zoologist fiancé in Miami Rhapsody (1995) and as the mysterious employ in the Showtime movie The Silver Strand (also in 1995). He also supported Kirstie Alley and Clancy Brown in the ABC film Radiant City (1996), starred as Frank Alpine in the director Daniel Petrie adaptation of Bernard Malamud’s The Assistant (1997) and appeared as the leader of the forest inhabitants in Showtime’s Snow White: A Tale of Terror (1997).

It was also in 1997 that Bellows enjoyed television success when he joined the cast of the Fox series “Ally McBeal,” starring Calista Flockhart in the tile character. The show went on to become one of the best shows on TV and Bellows, who portrayed the emotionally unfathomable Billy Alan Thomas, the former love interest of the title character, was brought to TV spotlight. During his five year-tenure on the hot comedy-drama, he jointly earned three Screen Actors Guild nominations for Outstanding Performance by an Ensemble in a Comedy Series and won one in 1999.

During his breaks from “Ally McBeal,” Bellows managed to gain other jobs. He appeared as a tech skilled in Sebastian Gutierrez’s thriller Judas Kiss (1998), starred in the forgettable Dinner at Fred’s (1999), acted opposite wife Rya Kihlstedt in the comedy-romantic Say You’ll Be Mine (1999) and reprised his role of Billy Alan Thomas for “Ally” (1999). He continued to appear in such movies as The Courage to Love (2000, TV), Beautiful Joe (2000), the psychological thriller Chasing Sleep (2000, along side Jeff Daniels) and Whitewash: The Clarence Brandley Story (2002, TV).

After the 1997 series came to an end in 2002, Bellows dotted his acting resume with a number of film performances, including playing Dale White on Fast Food High (2003), Dr. Theodore Conway on Blind Horizon (2003), Ben Keats on Pursued (2004), Jimmy on How’s My Driving (2004), Isaac on Childstar (2004), Professor Mocha on Cooking Lessons (2004, TV), David Dailey on Keep Your Distance (2005) and Don, a tainted rehabilitation counselor, on The Weather Man (2005). He returned to series TV for a 10-episodic turn, as Ari Sampson, in the Canadian drama series “Terminal City” (2005). The following year, he teamed up with Campbell Scott and Daryl Hannah in the Hallmark Channel Original Movie Final Days of Planet Earth.

The 40-year-old actor will soon star as Joey One-Way in director Gareth Maxwell Roberts’ Kill Kill Faster Faster (2007), opposite Lisa Raye as Fleur and Esai Morales as Markie. He also has completed the comedy film Quebec (2007), starring Seann William Scott and John C. Reilly, and been in post-production of the upcoming comedy/thriller bgFATldy, costarring with Melora Walters. 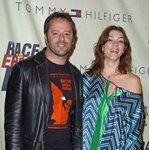 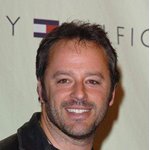