Born in Glasgow, Scotland, to Margaret and Edward Butler, Gerard Butler was raised (along with his older brother and sister) in his mother's hometown of Paisley, Scotland (he also spent some of his early youth in Canada). His parents divorced when he was a child and he and his siblings were raised primarily by their mother, who later remarried. He had no contact with his father until he was 16 years old, after which time they became close. His father passed away when Gerard was in his early 20s. Butler went on to attend Glasgow University, where he studied to be a lawyer/solicitor. He was president of the school's law society thanks to his outgoing personality and great social skills.

His acting career began when he was approached in a London coffee shop by actor Steven Berkoff (who later appeared alongside Butler in Attila (2001/I) (TV)), who gave him a role in the play "Coriolanus", and Butler decided to give up law school for acting. He was later cast as Ewan McGregor's character Renton in the stage adaptation of Trainspotting (1996). His film debut was as Billy Connolly's younger brother in _Mrs. Brown (1997)_ . While filming the movie in Scotland he was enjoying a picnic with his mother, near the River Tay, when they heard the shouts of a young boy who had been swimming with a friend who was in some trouble. Butler jumped in and saved the young boy from drowning. He received a "Certificate of Bravery" from the Royal Humane Society. He felt he only did what anyone in the situation would have done.

His film career continued with small roles in the James Bond movie Tomorrow Never Dies (1997) and Russell Mulcahy's Tale of the Mummy (1998). In 2000 Butler was cast in his breakthrough roles, the first being Attila the Hun in the USA film Attila (2001/I) (TV). The film's producers wanted a known actor to play the part but kept coming back to Butler's screen tests and decided he was their man. He had to lose the thick Scottish accent, but managed well. Around the time "Attila" was being filmed, casting was in progress for Wes Craven's new take on the Dracula legacy, also wanting a known name (so Butler wasn't much of a consideration). His unending tenacity and drive drove him to hounding the producers. Eventually, he sent them a clip of his portrayal of "Attila". Evidently they liked it because Dracula 2000 (2000) was cast in the form of Gerard Butler. "Attila's producers, thinking that his big-screen role might help with their own film's ratings, finished shooting a little early so he could get to work on "Dracula 2000". "Attila" ended up being the second highest rated TV movie ever. Following these two roles, Butler developed quite a fan base and internet sites and lists started popping up everywhere.

Since then he has appeared in Reign of Fire (2002) as Creedy and Lara Croft Tomb Raider: The Cradle of Life (2003) as Terry Sheridan, alongside Angelina Jolie. The role that has garnered him much attention from both moviegoers and moviemakers was that of Andre Marek in the big-screen adaptation of Michael Crichton's novel Timeline (2003). Butler played an archaeologist who was sent back in time with a team of students to rescue a colleague. Last year he appeared in Andrew Lloyd Webber's musical The Phantom of the Opera (2004), playing the title character in the successful adaptation of the stage musical, and was a role that has brought him much international attention. Other projects include Dear Frankie (2004), The Game of Their Lives (2005) and Beowulf & Grendel (2005).

He has completed filming the Warner Bros. production _300 (2007)_ , based on the Frank Miller graphic novel, and Butterfly on a Wheel (2007) co-starring Pierce Brosnan and Maria Bello. In October 2006 he will begin work on Priest (2008), based on the TOKYOPOP manga by Min-Woo Hyung, in Mexico. 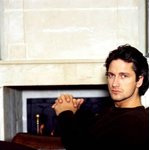 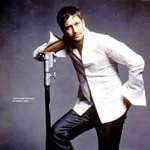 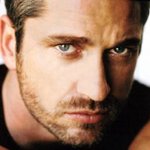 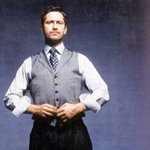 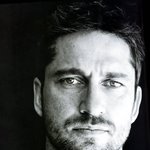 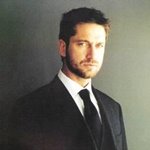 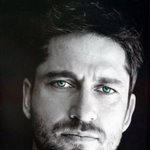 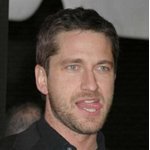