Dancer, choreographer, and actor Geoffrey Holder was born on August 20, 1930 in Port-of-Spain, Trinidad, into a middle-class family of four children. He was taught painting and dancing by his older brother Boscoe Holder, whose dance troupe, the Holder Dance Company, the young Geoffrey joined when he was seven-years old. Geoffrey assumed direction of the company in the late 1940s after Boscoe moved to London.

Holder moved to the United States in 1954, two years after being "discovered" by Agnes de Mille, the choreographer daughter of director-producer Cecil B. DeMille, after she saw the Holder Dance Company perform in St. Thomas, U.S. Virgin Islands. Holder, a talented painter, sold a score of his paintings to raise the funds to bring the Holder Dance Company to New York City in 1954. (In 1957, Holder won a Guggenheim Fellowship to study painting.) Holder would appear with his dance company, now entitled Geoffrey Holder and Company, in New York through 1960.

On December 30, 1954, Holder made his Broadway debut (as did Diahann Carroll) at the Alvin Theatre in the Caribbean-themed original musical "House of Flowers", with music by Harold Arlen, who also co-wrote the book with Truman Capote. The cast included Pearl Bailey and Alvin Ailey, and the show was directed by Peter Brook. Herbert Ross did the choreography but the "Banda Dance" was choreographed by Holder. The show ran for 165 total performances, but more importantly, Holder met and married fellow cast member Carmen DeLavallade, a dancer, and the two had a child together, a son. From 1955 through 1956, Holder was a principal dancer with the Metropolitan Opera Ballet.

Holder played the role of Lucky in a revival of Samuel Beckett's "Waiting for Godot" directed by Herbert Berghof on Broadway in January 1957. The all-black cast also included Geoffrey Earle Hyman as Vladimir, Rex Ingram as Pozzo, and Mantan Moreland as Estragon. The show only lasted six performances, but it established Holder as an actor, and he made his film debut four years later in _All Night Long (1961)_, a modern gloss on Shakespeare's "Othello". His most famous role was as the heavy "Baron Samedi" in the 1973 James Bond movie, Live and Let Die (1973), Roger Moore's first turn as 007.

Holder won the 1975 Tony Award for Best Direction of a Musical for his staging of the Broadway musical "The Wiz" (1975), the all-African American retelling of "The Wizard of Oz." He also won the Tony for best costume design (he would be nominated again for a Tony for best costume design for the original 1978 Broadway musical "Timbuktu!", which he also directed and choreographed. As a choreographer, he has created dance pieces for many companies, including the Alvin Ailey American Dance Theater.

Holder has written two books, one on folklore and one on Caribbean cuisine. In the in the 1970s and '80s, TV commercials put his striking 6'6" presence and bass voice to good use hawking various products, including soft drinks. 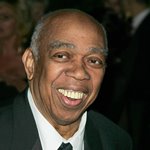