Gail O'Grady (b. 23 January 1963 in Detroit, Michigan) is an American actress. She was raised in Wheaton, Illinois and graduated from Wheaton North High School in 1981.

O'Grady was first seen by American television audiences in a 1987 Diet Pepsi commercial titled "Apartment 10G," starring Michael J. Fox. O'Grady played his sexy neighbor for whom Fox leaped down a fire escape and across a busy, rainy street to get a Diet Pepsi when he found none in his own fridge. TV Guide listed the ad as #41 in its 1999 list of "The 50 Greatest TV Commercials of All Time."

Her first major role was as Donna Abandando on the police drama NYPD Blue. O'Grady played the big-haired squad secretary from 1993-1996, and for each year received an Emmy Award nomination for Outstanding Supporting Actress in a Drama Series. O'Grady left the series in 1996 and made a pilot for her own sitcom, The Gail O'Grady Project, but the show was not picked up by any of the networks.

O'Grady found success starring in numerous television movies, including The Three Lives of Karen, Another Woman's Husband, and Sex & the Single Mom.

In 2002-2005, she played the mother, Helen Pryor in the NBC television series American Dreams, which depicted an all-American family living in Philadelphia, Pennsylvania during the 1960s. At the beginning of the 2005-2006 television season, she starred on the ABC sitcom Hot Properties. However, ABC announced late in 2005 that the series would be cancelled.

In 2006, a pilot episode aired of Hidden Palms, a dramatic series starring O'Grady as Karen Hardy. It was picked up by The CW Television Network and will commence airing in May 2007. This show will reunite O'Grady with her co-star from NYPD Blue, Sharon Lawrence.

In 2007, she began a recurring role on Boston Legal as Gloria Weldon, a judge in a personal relationship with attorney Alan Shore. 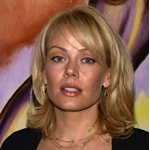 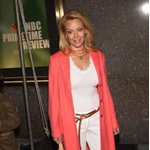 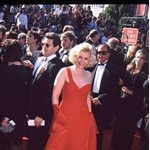 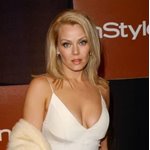 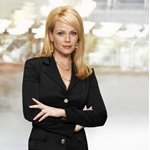 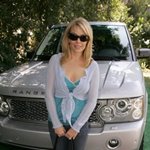 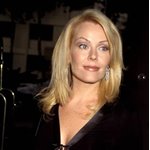 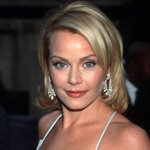