Fernando Alonso is a Spanish Formula One racing driver and a two-time World Champion who is currently racing for Scuderia Ferrari. Alonso started in karting from the age of 3. He won three consecutive karting championships in Spain from 1994 to 1997, and he became world karting champion in 1996. He made his Formula One debut in the 2001 season with Minardi, and then moved to the Renault as a test driver the next year. Starting in 2003 Alonso then became one of the main drivers of the team. On 25 September 2005, he won the Formula One World Driver's Championship title at the age of 24 years and 58 days, at the time making him the youngest Formula One World Drivers' Champion.

After retaining the title the following year, Alonso also became the youngest double Champion at the time. He joined McLaren in 2007, before returning to Renault for two seasons in 2008 and 2009, and in 2010, he joined Scuderia Ferrari. Alonso was the third-youngest driver ever to start a Formula One race when he made his debut with Minardi at the Australian Grand Prix. The team was in its first season under the control of new owner Paul Stoddart and their new car, the PS01, was neither fast nor reliable. However Alonso's qualifying performance was good, outqualifying team-mate Tarso Marques by 2.6 seconds on debut. At the fourth round at Imola he outqualified both Benettons, a feat he repeated later in the season. Notable performances over the season earned him some attention from the faster teams. It was reported in September 2001 by some of the European press that Sauber were looking to replace outgoing Kimi Räikkönen with Alonso although he was facing competition for the seat from Felipe Massa and then Jaguar test driver Andre Lotterer. A month later it was confirmed that Massa was going to take the vacant Sauber seat for 2002.

Alonso remained with Renault for the 2004 season, scoring podiums in Australia, France, Germany and Hungary. At Indianapolis he suffered a high-speed accident while running in third place after a tyre deflated. In France he took pole position and finished second, running Michael Schumacher close for victory. Towards the end of the year teammate Jarno Trulli's performances deteriorated and he dropped Renault boss Flavio Briatore as his manager. Trulli's relationship with the team deteriorated to the extent that he signed for Toyota from 2005 onwards, and he was replaced for the final three races of the season by former world champion Jacques Villeneuve. Alonso ended the year fourth in the championship standings with 59 points. 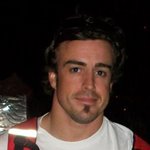 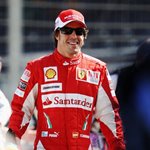 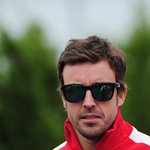 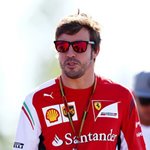 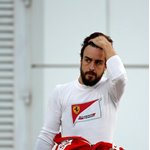 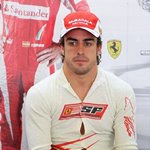 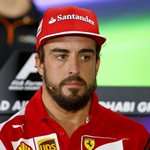 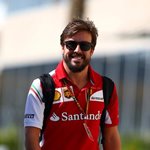