Born in the north-eastern Brazilian provence of Rio Grande Do Norte on September 22, 1980, Fernanda was appearing in local shows at the age of nine, her talent shining through early. Perhaps it was this early exposure to the industry, albeit in a much more friendly capacity, that has helped her to become the professional that she is today. Apparently, she won the Elite Look of the Year contest at 13, and was invited by agents to go to Sao Paulo to pursue modeling a year later.
Everything went like clockwork and Fernanda Tavares started scoring a number of smaller contracts and, as her portfolio increased, so did her reputation. In 1998, by the age of 17 she was already appearing on the covers of fashion magazines -- L'Officiel Paris, Marie Claire Deutsch + US and Vogue Paris, having signed up with the Marilyn Modeling Agency in both New York and Paris, arguably the two biggest fashion epicentres of the world, followed by Milan, of course. Fernanda has been walking down catwalks since 1998 for the world's biggest designers, including Chanel, Emanuel Ungaro, Herve Leger, Gianni Versace, Blumarine, Chloe, Christian Lacroix, Missoni, Prada, Salvatore Ferragamo, Valentino, John Galliano, Sonia Rykiel, Kenzo, and Yohji Yamamoto.
Fernanda has helped promote brands like Atelier Versace, Chloe, Giorgio Armani, Louis Vuitton, Mano, Nine West, Elite, Zoomp (Brazilian), and she was a big figure in the Ralph Lauren Spring 2000 collection, as well as the infectious, colorful Gap Jeans ads, also in the spring of 2000. Although her job takes her all around the world and back, Fernanda has been with the same lucky man for the past 4 years, and when she's not striking a pose or two, she enjoys swimming, jogging and doing what all young Brazilian women do. 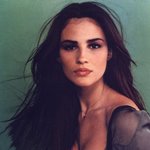 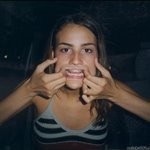 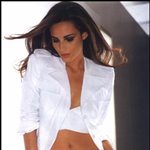 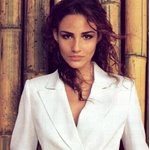 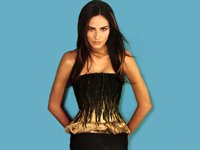 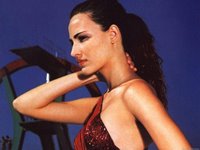 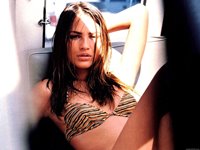 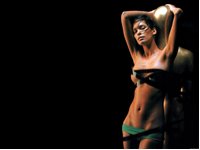 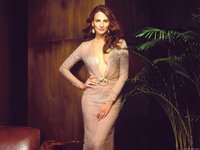 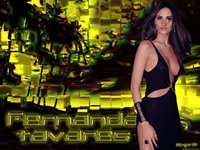 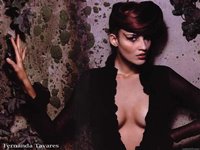