Fabolous was born John David Jackson on November 18, 1977, of mixed African American and Dominican descent.He grew up in the Bedford-Stuyvesant neighborhood of Brooklyn, New York.While a senior in high school, Fabolous rapped live on DJ Clue's radio show and on WQHT Hot 97. He began to pursue a rap career late into twelfth grade.

When Memphis Bleek officially signed to Roc-A-Fella Records, Fabolous decided that it was time for him to start rapping seriously. He would call into DJ Clue's radio show in late 1998, he ended up rapping for Clue, who would immediately sign him to his newly-formed Desert Storm Records. He would be featured on several DJ Clue mixtapes and mixtapes with Roc-A-Fella artists. This earned Fabolous and Desert Storm a distribution deal with Elektra Records.In 2001, they began to promote Fabolous and his debut album, Ghetto Fabolous, first by placing him on the remix to popular label-mate, Lil' Mo's "Superwoman (Remix)."

Fabolous released his second album Street Dreams on March 4, 2003. Powered by a Just Blaze beat and guest vocals from Lil' Mo and Mike Shorey, "Can't Let You Go" reached number one on the Rhythmic Top 40 chart and number four on the Billboard Hot 100 chart. "Into You" with Tamia also reached number four on the Billboard Hot 100. Also released on Street Dreams was the lead single club banger "This Is My Party" and "Trade It All Pt. 2" which featured Jagged Edge as it did on the Ghetto Fabolous version, as well as Diddy.

Exactly 7 months later, on November 4, 2003, Fabolous dropped his official mixtape, More Street Dreams, Pt. 2: The Mixtape. It was an official release by his record label, Elektra. The album featured remixes and tracks not originally slated on Street Dreams. This album was also an outlet for his three man crew, known as the Triangle Offense, consisting of himself, Paul Cain, and Joe Budden. The album actually features a remix to song Fire, which was originally on Joe Budden's self-titled debut album.

His fourth studio album, From Nothin' to Somethin, was released in June 2007. Fabolous took the number one spot on Billboard's Top R&B/Hip-Hop Albums and Top Rap Albums charts for the first time in his career and it debuted at number two on the Billboard 200, selling 159,000 copies in its first week.The album was certified Gold in July 2007. It is his first album on Def Jam Recordings.

The first single and video, "Diamonds", features Young Jeezy who also appeared on the Real Talk track "Do the Damn Thing". Lil Wayne is featured on the remix. His second single was "Return of the Hustle" which featured Swizz Beatz, also came out before the album release, to some acclaim, but little airplay. His third single though, "Make Me Better," which features fellow Def Jam artist Ne-Yo, and is produced by Timbaland, was his biggest hit to date, spending 14 weeks at number one on the Hot Rap Track Billboard Chart. The fourth single was "Baby Don't Go." Jermaine Dupri produced it and T-Pain sings the hook. However, in music video version of the song, Jermaine Dupri sings the hook. This song also found success, reaching number four on the Hot Rap Track Chart. 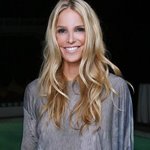