Raised by her mother and grandmother in Philadelphia, Eve Jeffers was born with the endowment to entertain. She showed a talent for emceeing as a teen and, using the name “Gansta,” she was rapping as a member of rap group EDGP (pronounced “Egypt”). After the Philly group broke up, the girl started working on a solo career under the name “Eve of Destruction.” Her mother’s new marriage made Eve upset and she found the escape by working as a stripper in a club in the New York Bronx. Thanks to rap superstar Ma$e’s advice, she finally stopped the disrobing and started rapping on a professional level.

Eve’s huge break arrived when she utilized her street smarts to trick Aftermath Records’ producer Dr Dre into an audition. Impressed by Eve’s performance, the rapper impresario called her the next day, and invited her to California where they would record her demo. Together they cut a three-song demo including “Eve of Destruction” that appeared on the soundtrack to Bulworth in 1998. Eve was signed to a one-year contract with Aftermath, but her contract expired before she could release an album. Without a record deal, she made her return to Philly and met artists from the Ruff Ryder label. She showed off her rapping skills against such emcees as Infra Red and Drag-On, and made impression. In 1998, the female rapper had her next break by penning a deal with Ruff Ryder Records, becoming the first female artist to sign with the label.

Eve’s debut album, Let There Be...Eve: Ruff Ryders First Lady, was released in September 1999, and hit number one on Billboard’s Top 200 the moment it was launched. An extraordinary success, the album received double platinum certification, thanks to the hit singles “What Ya Want” (featuring Nokio of Dru Hill), “Gotta Man,” “Love Is Blind” (featuring Faith Evans) and “Got It All.” Collaboration with artists like The Roots, Janet Jackson, Blackstreet, and fellow Ruff Ryder DMX further lengthened Eve’s fan base.

2001 saw Eve release a more assertive and stylistic sophomore album, Scorpion, which was released to good reviews, thanks primarily to her songwriting and voice, and appearances as well as production contributions by the LOX, Dr. Dre, Damian Marley, and boyfriend Stevie J. The album’s lead single, “Who’s That Girl,” marked the rapper first international triumph, but it was the second single “Let Me Blow Ya Mind,” featuring Gwen Stefani, that really made Eve a star, earning her a Grammy for Best Rap/Song Collaboration-Rap. Scorpion eventually earned a platinum certification.

Eve returned in summer 2002 with her third album, Eve-Olution, which reached No. 6 on Billboard. Its first single, “Gangsta Lovin’”, with Alicia Keys, became a No. 2 hit. The second and final single “Satisfaction” only a moderate success, peaking at No.8 on US Hot Rap and No. 27 on US Hot 100. Though widely received as her best work to date, Eve-Olution was a bomb and became Eve’s worst selling album to date.

This was followed by another victory the following year when Eve scored a leading role on the television sitcom “Eve,” playing fashion designer Shelly Williams. The role brought her such nominations as a 2005 BET Comedy for Outstanding Lead Actress in a Comedy Series, a 2005 Image for Outstanding Actress in a Comedy Series, a 2005 Kids’ Choice for Favorite TV Actress, and two Teen Choice, for Choice TV Actress: Comedy (2005) and for Choice Breakout TV Star – Female (2004). She stayed with the show until it came to an end in May 2006.

While working on “Eve,” Eve kept on pursuing other projects. She reprised her role of Terri for the sequel Barbershop 2: Back in Business (2004, earned a BET Comedy nod for Outstanding Supporting Actress in a Box Office Movie) and played Mary-Kay on the Kevin Bacon drama The Woodsman (2004, received a Black Reel for Best Actress- Independent Film). The same year, she also appeared as Becky in the Queen Latifah-scripted urban comedy The Cookout, opposite Ja Rule, Tim Meadows and Meagan Good. On music, the rapper appeared on Mary J. Blige’s single “Not Today” (2003), the Gwen Stefani top ten hit “Rich Girl” (2005, reached No. 7 on the Billboard Hot 100) and the remix of Amerie’s No. 8 US Hot 100/No. 1 US R&B single from the Hitch Soundtrack, “1 Thing” (2005).

Presently, Eve is working on her forth album titled “Here I Am” (2007) on Aftermath Entertainment/Full Surface Records. The record is said to involve by Scott Storch, Dr. Dre, Timbaland, Pharrell, Swizz Beatz, and guest appearances by Shakira, Adam Levine and possibly Gwen Stefani. As for acting, Eve is set to star as Denise on Ego, a drama film for 2008 release. 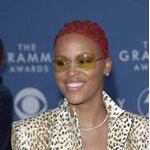 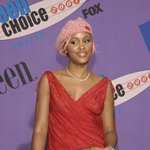 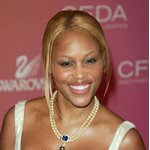 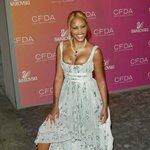 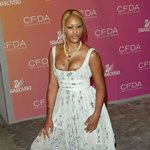 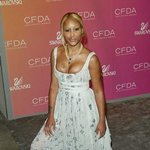 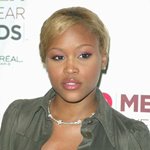 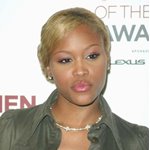