Moving to New York, she worked as a writer, producer and commentator for The Today Show. She began performing Off-Broadway in 1961, and received a Theatre World Award in 1963 for her performance in Whisper into My Good Ear/Mrs. Dally Has a Lover (1962).

Parsons has received Tony Award nominations for her work in The Seven Descents of Myrtle (1968), And Miss Reardon Drinks a Little (1971), Miss Margarida's Way (1978) and Morning's at Seven (2002). She played the Widow Begbick in the American premiere of the Weill – Brecht opera Rise and Fall of the City of Mahagonny (1970), and performed as Mrs. Peacham to Lotte Lenya's Jenny in Threepenny Opera on tour and in New York City. She also played "Ruth" in Gilbert & Sullivan's The Pirates of Penzance on Broadway in 1981.

As a director, Parsons has a number of Broadway credits, including a production of Romeo and Juliet, Macbeth and As You Like It in 1986. Off-Broadway, she directed Dario Fo's Orgasmo Adulto Escapes From the Zoo (1983). She also served as the Artistic Director of the Actors Studio for five years, ending in 2003. 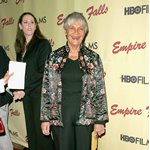 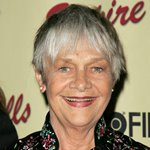