Hailed from Wisconsin, Eric Szmanda participated in a number of productions while still in high school. He carried on the passion of performing at college, where he landed the role of Lysander in a production of “A Midsummer Night’s Dream.” He also performed on several regional productions, including “Black Box,” “La Indian Queen” and “The Bullfight.” After college, he headed to Los Angeles to give acting a more serious try.

A graduate of the prestigious American Academy of Dramatic Arts, Szmanda made his television debut as regular Jacob Resh/Sorcerer in the USA Network “The Net” (1998-1999), a thriller show starring Melrose Place’s Brooke Langton in the role of Angela Bennett. In 1999, he starred as Johnny Dodge on the Canada/America production Dodge’s City, a TV film directed by Ken Sanzel.

2000 saw Szmanda make the leap to the big screen with leading roles on the drama/music feature True Vinyl, giving a memorable turn as Billy Thompson, a local farm boy who has a dream of becoming a DJ, and Douglas Petrie’s Big Time, opposite Jessica Capshaw. Additionally, he was featured on a comedy film by Michael Davis called 100 Girls (2000).

The same year, Szmanda also guest starred in such TV shows as “Oh Baby,” as Brent, and “Zoe, Duncan, Jack & Jane,” as Max. However, the actor did not receive a huge breakthrough until he won the role of Marilyn Manson-fanatic/forensic nerd Greg Sanders on the popular crime drama series “CSI: Crime Scene Investigation” in 2000, costarring opposite Gary Dourdan as Warrick Brown, George Eads as Nick Stokes and Paul Guilfoyle as Captain Jim Brass. Still on the show today, he jointly earned a 2005 Screen Actors Guild for Outstanding Performance by an Ensemble in a Drama Series.

Szmanda continued to appear in three episodes of the action series “The Division” and in an episode of “Three Sisters” (both 2001). Next, he acted in the pilot episode of “CSI: Miami” (2002), had a feature role as a NYU film student in Roger Avary’s comedy film The Rules of Attraction (2002, starred James Van Der Beek), and in 2005, he portrayed Derek in the comedy/drama film Little Athens and Luke in the made-for-TV film Snow Wonder, along side Poppy Montgomery, Camryn Manheim, Jennifer Esposito, Mary Tyler Moore and Jason Priestley. 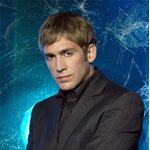 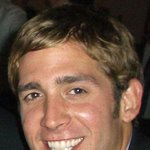 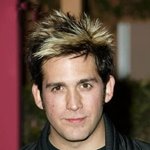