Born in Eugene, OR, and raised in Bettendorf, IA, Eric Christian Olsen spent most of his formative years playing hockey and writing for his high school newspaper. He did not find acting until after graduation, when he landed a commercial gig in a television spot for Whitey’s Ice Cream Parlor. With $500 in his pocket, Olsen went to California in 1996, and within a week he booked a guest role in the ABC television series “High Incident,” produced by Steven Spielberg. This was followed by another guest role in the Fox show “Millennium” (1997) and a small part in the 1998 television movie Black Cat Run, a mystery helmed by D.J Caruso, before Olsen made his debut as a leading man in the television film Arthur’s Quest (1999).

Having a lead role under his belt, Olsen quickly scored a starring regular role on the critically acclaimed Fox TV series “Get Real” (1999), portraying Cameron Green. With other young costars including Anne Hathaway, Kyle Gibson and Jesse Eisenberg, he jointly earned a Young Artist nomination for Best Performance in a TV Series - Young Ensemble for his work in the show. The same year, he offered a memorable guest performance as a burn victim, Travis Mitchell, on the popular medical series “ER.”

Lured by performance in “Get Real,” Olsen finally made the leap into features. In 2001, he made his film bow with Michael Bay’s historical war Pearl Harbor, and had his breakout role later that same year with the teen comedy Not Another Teen Movie, playing Austin. 2001 also saw the actor perform in the TV-film Ruling Class and appear in an episode of the hit series “Smallville.”

Olsen’s feature starring role arrived in 2002 when he was cast as Randy Dobson, a surfer whose life of surfing and friends transforms radically following the death of his father, in the indie-drama Local Boys. Next, he appeared with Rob Schneider, Anna Faris and Matthew Lawrence in the teen comedy The Hot Chick (2002, as Jack), acted in the short Mean People Suck (2003) and played the role of Lloyd Christmas in Dumb and Dumberer: When Harry Met Lloyd (2003), the prequel to the 1994 hit movie Dumb and Dumber. The comedy, which cast Olsen as the younger version of Jim Carrey’s character, was a big box office disappointment, and Olsen received a 2004 Razzie nod for Worst Screen Couple, sharing with Derek Richardson. The burgeoning actor bounced back the next year with a role in the action/crime Cellular, starring Kim Basinger, and returned to film with a starring role in the 2004 action Mojave. He joined the cast of the Fox sci-fi series “Tru Calling” in the recurring role of Jensen Ritchie in 2005.

Next up for Olsen was roles in the comedy feature Beerfest (2006), where he was cast as a part of the rocking champion German beer-drinking team, and the Tony Goldwyn-helmed, Paul Haggis-scripted The Last Kiss (2006), with Zach Braff and Jacinda Barrett. Presently, he stars as Sully Sullivan in the Fox sitcom “The Loop” (2006-?), opposite Bret Harrison as Sam Sullivan, Philip Baker Hall as Russ and Mimi Rogers as Meryl.

Olsen is in negotiation to play a role in director Davis Zucker’s Superhero!, an action/comedy slated for March 2007 release. He also will costar opposite Robin Williams and Mandy Moore for the comedy/romance License to Wed (2007), playing Charlie, and support David Koechner in The Comebacks (2007).

Aside from his film work, Olsen was also the youngest improvisation comedian in the nation for Comedy Sportz, a live comedy show appropriate for the whole family. 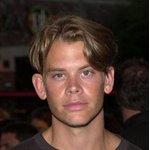