“So I’m down in Orange County and I’m feeling like okay, I want to be an actor. I go well, what’s the best way to break into the industry? And I think, start modeling for a bit and then I’ll break in. I thought that was a genius idea and every single model in Los Angeles is trying to be an actor. I thought I was really coming up with something great. It just wasn’t.” Drew Fuller

12-year-old Drew Fuller was spotted by an agent after a family friend put him on the cover of UCLA Magazine. After choosing to wait a few years, he broke into the modeling worlds at age 16 and soon became a hit. He modeled for such corporations as Tommy Hilfiger, Prada and Club Med. Fuller’s attractiveness helped him make the move to commercials easily and he landed gigs in a number of commercials, including Toyota, J.Crew, Subway, and Pepsi, with pop idol Britney Spears.

“I stopped modeling when I realized I was just doing it for the money and that acting was my real passion.” Drew Fuller

Following a successful modeling career, Fuller started branching out into acting. His first acting gig arrived in the late 1990s with a role in the short-lived television series “Partners,” playing Tom, and he made the leap into film the next year with the 2000 horror feature Voodoo Academy, starring Debra Mayer and Riley Smith. After a supporting part in Angels Don’t Sleep Here (2001) and a costarring role in the short The One (2001), which won the audience award at The Sundance Film Festival, Fuller scored a lead in John Webb’s Vampire Clan (2002), in which he was cast as real-life criminal Rod Farrell.

The same year, Fuller made his television movie debut in Home of the Brave, a drama directed by Steve Miller and also starring Rob Estes. He continued to act in a pilot of the award-winning show “The O.C” (2003), as Norland, and have a supporting role on the WB action/drama series “Black Sash” (2003), as Nick Reed. Commenting about his role in the latter show, Fuller said, “My character Nick brings a sense of fun and rebellion to Black Sash. There’s definitely sexual tension between Allie and Nick. Allie and Tory, they are two of the most beautiful women I have ever seen, and they are both so amazing.”

“Well, the show’s been on for five years, and so when I came on, everything was kind of a well oiled machine and everyone kind of does their own thing and it’s easy for them, me: I’m new, I’m nervous, and I’m like, ‘okay lets do it’ and I am really excited about all the material and stuff – it’s different coming to a show that’s been established, it’s a blessing really.” Drew Fuller on “Charmed”

Fuller’s career, however, did not gain real impetus until he joined the cast of the WB successful series “Charmed” in season 5. He played Chris Halliwell, the second son of Piper (Holly Marie Combs) and Leo (Brian Krause), from 2003 to 2004, and returned for the series finale in 2006.

A popular face on TV, Fuller maintained his presence on the silver screen by taking the supporting role of Sam in the action Close Call (2004), and more recently starred as David Glover in the Axel Sand-directed Final Contract: Death on Delivery (2006), opposite Alison King. After “Charmed” came to an end, he again had a lead role in the drama film The Ultimate Gift (2006), playing Jason, the grandson of James Garner’s character, Red Stevens. 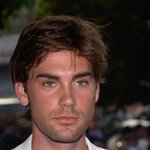 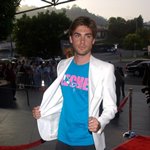 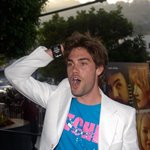 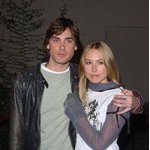 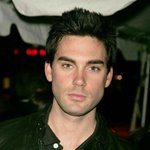