A qualified actor by his late teens, Don Johnson began singing and acting in high school and performed in a number of plays at the University of Kansas. He then made his way to San Francisco and worked with the American Conservatory Theatre (ACT). Soon after, Johnson kicked of his professional stage career with the ACT production of the musical “Your Own Thing.” His performance was so impressive that director/actor Sal Mineo landed Johnson a major role in the1969 Los Angeles stage production of “Fortune in Men’s Eye,“ which featured a realistic rape scene in a men’s prison. His performance in the controversial play won Johnson a contract with MGM and he quickly made a jump to the big screen with the title role in the forgettable The Magic Garden of Stanley Sweetheart (1970).

Johnson went on to take roles in movies like Zachariah (1971), The Harrad Experiment (1973), Lollipops and Roses (1974) and Return to Macon County (1975), but it was the sci-fi cult classic A Boy and His Dog (1995), based on a novella by sci-fi legend Harlan Ellison, that made the young actor a star. The film was certified a hit and, as an actor, Johnson received critical and popular acclaim for his bright portrayal of Vic. He also netted an Academy of Science Fiction, Fantasy & Horror Films for Best Actor.
Following his much-talked-about performance, Johnson worked almost exclusively on TV. He had his TV movie debut with Law of the Land (1976) and then performed in the TV films The City (1977), Cover Girls (1977), Pressure Point (1978), the amazingly dull Ski Lift to Death (1978),The Two-Five (1978), Katie: Portrait of a Centerfold (1978), the cancer drama First, You Cry (1978), Amateur Night at the Dixie Bar and Grill (1979), and made his TV miniseries debut in “The Rebels” (1979). Johnson finally returned to film with the 1980 Soggy Bottom, USA after a five years absence, but soon was back on the small screen to play a regular on the short-lived series “From Here to Eternity” (1980), opposite Kim Basinger, Barbara Hershey and William Devane. He was then seen in the miniseries “Beulah Land” (1980), appeared in the made-for-TV movie Revenge of the Stepford Wives (1980), was cast as Elvis Presley in the NBC movie Elvis and the Beauty Queen (1981) and portrayed Bob Howard in The Two Lives of Carol Letner (1981). Johnson also had a supporting role in the drama film Melanie (1982). Unfortunately, almost none of his work did much to increase his status as an actor.

Johnson bounced back in 1984 when he landed the role of Florida detective Sonny Crockett in Michael Mann’s trendy cop drama “Miami Vice.” Paired with Phillip Michael Thomas, Johnson charmed audiences with his tough, glamorous and well-dressed character. His sexy and humorous performance also contributed to the series’ phenomenal success. During his five-year tenure, Johnson’s outstanding achievements included a 1986 Golden Globe for Performance by an Actor in a TV-Series – Drama and an Emmy nomination for Outstanding Lead Actor in 1985. Following the massive victory, Johnson became a TV icon for the 1980s.

At the height of his popularity, Johnson branched out to singing by launching his debut album, Heartbeat, in 1986. He scored a success with the album’s title song when it reached No. 5 on the Billboard Hot 100 singles charts. His second studio album, Let It Roll, hit the music shelves two years later. Johnson also collaborated with Barbara Streisand for the hit track “Til I Loved You.”
While working on Miami Vice, Johnson offered a notable performance as Ben Quick in the TV movie remake of The Long Hot Summer (1985). He also appeared on film with Cease Fire (1985), where he was cast as a war veteran who is haunted by his war experiences. As Miami Vice came to an end in the late 80s, Johnson’s star began to fade. He made a series of big screen duds like Sweet Hearts Dance (1988), John Frankenheimer thriller Dead Bang (1989), Dennis Hopper’s The Hot Spot (1990) and Harley Davidson and the Marlboro Man (1991). His next efforts, with wife Melanie Griffith, were Paradise (1991) and the remake of Born Yesterday (1993). Both were box office failures despite his good performances. Even a partnership with well-known director Sidney Lumet proved disappointing when the courtroom drama Guilty as Sin (1993) was considered ordinary and under-plotted.

Johnson regained his celebrity status when he was cast in the supporting role of narcissistic golf pro David Simms in the Kevin Costner hit Tin Cup (1996), helmed by Ron Shelton. On television, the actor enjoyed a career recovery as a quick-witted detective in the cop series “Nash Bridges” (1996). The show was a solid performer but was axed after its 6th season. Johnson then made a rare film appearance in Goodbye Lover (1998), playing tricky, treacherous advertising executive Ben Dunmore. Although the movie earned lukewarm reviews at Cannes, Johnson received a big boost when Variety called it “enjoyable as long as Don Johnson is in it.”

Withdrawing from the screen for almost five years, Johnson resurfaced as Benjamin Tyson in the made-for-TV movie Word of Honor (2003). In 2005, he played Grant Cooper in the series “Just Legal” (2005), and appeared on the silver screen as a male guest in The Dying Gaul (2005). 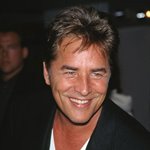 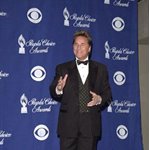 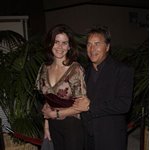 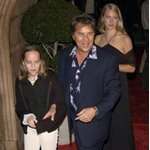 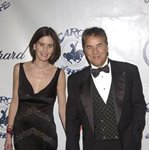 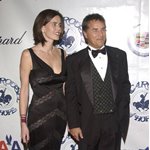 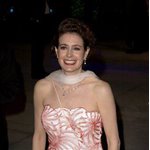 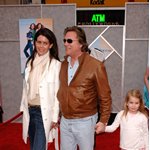