At an early age David Moscow knew he wanted to be in the films, but he first thought it would be as a stuntman. At age 12, he made his television acting debut as Chip’s friend Eugene on episodes of the CBS series “Kate & Allie.” Moscow’s big break arrived two years later when he landed the role of young Josh, Tom Hanks’ character before his overnight transformation, on the hit comedy Big. Directed by Penny Marshall, he received a 1989 Young Artist nomination for Best Young Actor in a Motion Picture Comedy or Fantasy. Still in 1988, he appeared in the World War II-set drama The Wizard of Loneliness, starring Lucas Haas, and made his television film appearance in I’ll Be Home for Christmas. Young Moscow returned to series TV in 1989 with regular roles on two short-lived shows: CBS’s “Live-In,” as the youngest son Peter, and “Living Dolls,” a follow-up of ABC’s hit sitcom “Who’s the Boss?,” playing the naughty teen son of the models’ loving agent, Eric “Rick” Carlin.

After costarring roles in the Disney feature musical Newsies (1992, opposite Christian Bale), where he earned a Young Artistnod for Outstanding Young Ensemble Cast in a Motion Picture, and in director/writer Catherine Cyran’s White Wolves: A Cry in the Wild II (1993), Moscow practically vanished from the business until 1997 when he was cast as a drug dealer named Shane in Morgan J. Freeman’s drama film Hurricane and appeared in an episode of “Seinfeld,” as Lomez Jr. The next year, he found himself acting in four movies, including the little-seen moving drama River Red, playing Tom Holden, a young man who takes the fall when his older brother (Tom Everett Scott) murders their insulting father, and the independent drama Restaurant, in which he starred as the best friend to Adrien Brody. He resurfaced on the small screen as the endearing and ludicrous Duncan Milch, Selma Blair’s childhood friend, on The WB’s teen ensemble sitcom “Zoe, Duncan, Jack & Jane” (1999-2000), an assignment that put Moscow back on the limelight.

Moscow then appeared as Isaac Melnick on Endsville (2000), a mock-documentary about a religious cult headed by Caleb Solar in Endsville, NY that deems the world is coming to an end in the form of a giant flood, reunited with “Big” director Penny Marshall and teamed up with Drew Barrymore for the biopic Riding in Cars with Boys (2001) as well as had supporting roles in the Ashton Kutcher-Britney Murphy starring vehicle Just Married and in Jessica Alba’s Honey (both 2003). Following another short break, Moscow starred as Blair Nearing in the family drama Nearing Grace (2005), along side Gregory Smith, Jordana Brewster and Ashley Johnson. The same year, he revisited television by making guest appearance on an episode of “Numb3rs.” 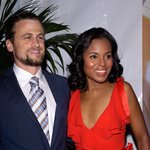 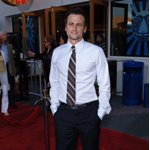 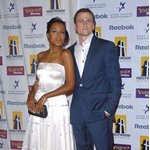 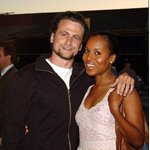 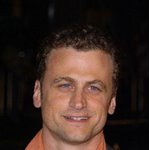 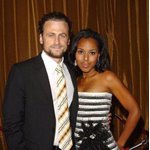 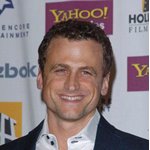 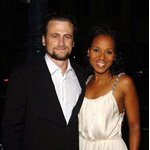