Building his racing career in the now-defunct CART series, Dario Franchitti posted 10 wins and 11 pole positions, and finished the runner-up in the 1999 CART series, behind Juan Pablo Montoya. In four of his six CART seasons, Franchitti became one of the seven leading racers. Although having spoiled seasons in 2000 and 2001, he was handed a Greg Moore Legacy award (2001) and managed to reach the fourth position in Champ Car in 2002.

A year later, Franchitti began racing in the IndyCar Series (Indy Racing League/IRL) and joined the Andretti/Green Racing team. The same year, the driver finished 19th in the Indy 500 competition. However, he could not compete in the 2003 season because of a back injury sustained in a motorcycle accident.

Franchitti marked his 2004 season with the Milwaukee and Pikes Peak wins and ended up with two wins and one pole position. While continuing his IndyCar journey (had four victories in 2005), the racer also swept up ten Champ Car race victories by the end of the 2005 season. However, Franchitti, who drove the No.27 Klein Tools/Jim Beam car, failed to continue his success in the 2006 season of Indy races. His performance in the 2006 Indy 500 was also equally slumped.

On August 31, 2006, it was reported that Franchitti would replace the injured Champ Car driver Cristiano Da Matta and compete in the final three races of the Champ’s World Series. He will also join the PKV Racing for the 2007 Champ Car circuit. To date, the racer has accumulated 52 Top Five and 80 Top Ten results in his open-wheel career. 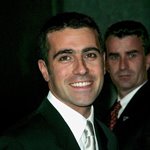 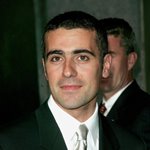