Danny Pintauro started his professional career as a child model after his mother sent his image to an agency in New York. His first job was modeling for a sailor outfit and shortly he began appearing on toy packaging and in department store catalogues. He had his first taste of TV national commercial when he was 3. Three years later, he made his television series debut as Paul Ryan on the long running soap opera “As the World Turns.” He played the role of the son of multi-millionaire Paul Stenbeck until 1985.

While working on the series, young Pintauro landed his first film role in the 1983 horror/thriller Cujo, based on a story by Stephen King and helmed by Lewis Teague. Finely playing Tad Trenton, a small boy who is afraid of monsters in his closet and who makes friend with, and is then later intimidated by, a St. Bernard named “Cujo,” he earned a Young Artist nomination for Best Young Supporting Actor.

It was not until a year later, however, that Pintauro’s career gained real momentum when he won a series regular on the ABC sitcom “Who’s the Boss?” (1984-1992), about career-woman Angela Bower (Judith Light), male housekeeper Tony Micelli (Tony Danza), their children Jonathan and Samantha (Pintauro and Alyssa Milano) and man-crazy grandmother Mona (Katherine Helmond). During his tenure on the show, Pintauro was handed five Young Artists nods and won one in 1987 for Exceptional Performance by a Young Actor in a Long Running Series Comedy or Drama. There, he also grows from a lovable little boy into an attractive young man.

Pintauro was also seen in the drama film The Beniker Gang (1985), playing one of five young orphans, Ben, along side Andrew McCarthy, Jennifer Dundas, Charles Fields and Jeff Alan-Lee, and the CBS made-for-television film Timestalkers (1987), a great adventure directed by Michael Schultz. Here, he portrays the son of a history professor (played by William Devane) who became involved with some time travelers and traveled back to 1886. The same year, he appeared as the orphan Alex in two episodes of “Highway to Heaven.” In 1990, he teamed up with Mädchen Amick, Stephen Baldwin and Mark Blankfield in the television film Jury Duty: The Comedy.

Two years after “Who’s the Boss?” left the airwaves, Pintauro took off from professional acting to attend college. During his stay, he performed in, stage managed and helmed some campus productions, including “Shakespeare’s Sonnets,” by Samuel Park. Upon graduating, he returned home to pursue a stage career and further education. He then found himself acting in such productions as the one man show “The Velocity of Gary (Not His Real Name)” (1999) at New York, Paula Vogel’s “Hot ‘n’ Throbbing” (1999) at the Arena stage in Washington DC. and the Charlotte (N.C.) Repertory Theatre’s production of “Gross Indecency” (1999) at Blumenthal Center in downtown Charlotte. In 2000, he brought his acclaimed performance as Gary on “The Velocity of Gary, Not His Real Name” to The New Conservatory Theatre Center in San Francisco. The show earned positive reviews from both fans and press alike. He went on to appear on “The Weakest Link” (2001), the SourceWorks Theatre’s revival of “A Queer Carol” (2002), and “Shear Madness” (2003) at New Theatre Restaurant in Overland Park, Kansas.

Returning to the cinematic industry after his long-term hiatus, Pintauro took on the small role of Stefan in the drama film The Still Life (2005), written and helmed by Joel Miller. He is also scheduled to play Cal Trask in the Ron Howard upcoming film East of Eden, set for 2007 release. 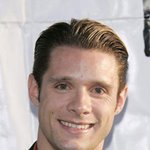