Born and raised in the Pittsburgh, PA suburb of Sewickely, Dan Cortese took a job as a production assistant for MTV in Los Angeles before landing a hosting gig for the music channel’s new sports program, “MTV Sports,” in 1992. Serving in that capacity until 1996, he enjoyed an instant success as the show became one of the music network’s most popular programs.

With a newfound fame, Cortese’s ascent in entertainment business was speedy, especially for somebody with no training and no heretofore on-camera ambitions. In 1993, he had his first taste in front of the film camera with a bit part as the Taco Bell entertainer in the sci-fi/ action movie Demolition Man, starring ylvester Stallone and Wesley Snipes. The same year, he also took on a lead role in the NBC television series remake of “Route 66,” playing Arthur Clark. Unfortunately, the adventure series was cancelled after four episodes.

Cortese starred in the short-lived CBS series “Traps” in 1994, but it was his performance as Tony, Elaine Benes’ (Julia Louis-Dreyfus) ultra-cool, handsome boyfriend whom George Costanza (Jason Alexander) openly adores with a man-crush, in a 1994 episode of the NBC sitcom “Seinfeld” that made Cortese well-known among the show’s fans. He further boosted television popularity with recurring roles in two recognized and hit series, the Fox primetime soap “Melrose Place” (1995), portraying Jess Hanson, brother to Jake (Grant Show), and NBC’s sitcom “The Single Guy” (1997), as the investment banker/ neighbor of Jonathan Silverman. In between, Cortese was seen playing G-man Melvin Purvis in the HBO original film Public Enemy No. 1 (1996), as well as starring in the highly rated NBC movie The Lottery (1996), with Keri Russell, and in the action made-for-TV disaster flick Volcano: Fire on the Mountain (1997), as geologist Peter Slater.

Several months after leaving “The Single Guys,” Cortese was cast in the regular role of a model-turned-publicist, Perry Rollins, in the NBC show “Veronica’s Closet,” opposite Kirstie Alley, from which the actor earned his best reviews. Starting from 1997, he remained with the popular show until it came to an end in 2000. While costarring in the series, he also had a lead role in the comedy film After Sex (2000) and guest starred in episodes of television series “Baby Blues” (2000, voice of Ray) and “That’s Life” (2000).

After “Veronica’s Closet” departed the airwaves, Cortese went on to make several TV films, and appear as a guest star on some successful shows like “Andy Richter Controls the Universe” (2002), “8 Simple Rules... for Dating My Teenage Daughter” (2004) and “Joey” (2005). Additionally, he portrayed Jimmy Cox in The WB’s brief series “Rock Me Baby” in 2003. Still in 2003, Cortese joined the cast of the Amanda Bynes/Jennie Garth sitcom “What I Like About You,” playing the role of Vic, Val’s (Garth) husband, whom she married after a wild night in Atlantic City.

39-year-old Cortese is scheduled to play supporting role Michael in the comedy film Everybody Wants to Be Italian (2006), directed and written by Jason Todd Ipson. The upcoming project stars Jay Jablonski, Cerina Vincent and John Kapelos. 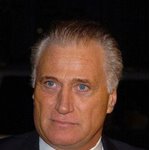