Cristián De la Fuente was discovered by a talent scout while attending college in his native country, Chile. The winner of “Chile’s next Super Teen” contest then acted in variety shows and soap operas in Chile, including starring as Román Celis in “Eclipse de Luna” (1997) and in the Chile No. 1 rated variety program “Venga Conmigo/ Come with Me” (1995-1997), before moving to Mexico to have a leading role in the hit television series “Reyes y Rey” in 1998.

De la Fuente’s opportunity to break into Hollywood industry arrived a year later, when he landed a guest role as Sgt. Dominguez in an episode of “Pensacola: Wings of Gold,” starring James Brolin. It was followed by a regular appearance in the wonderful television series “Family Law,” where the good-looking Latino portrayed law clerk Andres Diaz from 1999 to 2001. For his bright work, de la Fuente received a 2000 ALMA nomination for Emerging Actor in a Drama Series. The actor further increased his American popularity by costarring with Sylvester Stallone and Burt Reynolds in the racing drama Driven (2001), which also marked De la Fuente’s big screen debut.

The former Mexican television performer scored a huge breakthrough when he was cast in the starring role of Matt Gallagher, opposite Izabella Miko, in the independent thriller Minimal Knowledge (2002), directed and written by Gregory J. Corrado. Delivering a luminous performance, De la Fuente picked up an Ajijic International Film Festival for Best Male Actor. The same year, he also found himself acting opposite his idol, singer-turned-actor Jon Bon Jovi, in the horror/thriller feature John Carpenter’s Vampires: Los Muertos. The film, however, was a bit of a disappointment. During that same period, he co-starred with Rhyon Nicole Brown in the short-lived television series “Hidden Hills.”

2003 found De la Fuente play supporting role in the John McTiernan-directed Basic, which starred John Travolta and Samuel L. Jackson, and co-star as Sam Belmontes in 2002’s series “CSI: Miami,” a role he maintained until 2004. The next year, he teamed up with Kim Delaney and Kyle Secor for the drama made-for-television film Infidelity. Keeping on his busy work, he then undertook supporting parts in features Once Upon a Wedding (2005) and the John Leguizamo vehicle Sueño (2005), as well as appeared as Felipe Reyes Retana in Spanish-language television series “Soñar no cuesta nada,”that same year.

Recently, De la Fuente had a recurring role in the acclaimed comedy series “One on One” (2006), which received a 2003 Image nod for Outstanding Comedy Series, and co-host the musical TV show Premios juventud 2006. He is now playing Aaron in the CBS sitcom “The Class,” which debuted in September. Among his costars in the show are Lizzy Caplan, Heather Goldenhersh, Jon Bernthal and Andrea Anders. Additionally, De la Fuente has completed a television film, In Plain Sight (2006), where he was cast as Rafael Ramirez. 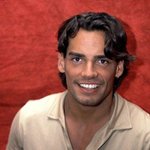 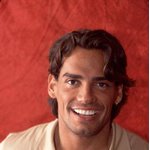 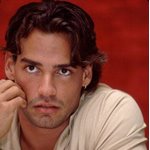 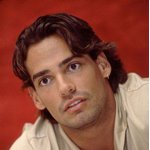