Talented and beautiful, Connie Sellecca has it all...... a successful marriage to Emmy-Award winning musician John Tesh, two beautiful children, Gib, 23 and Prima, 10.
Born in the Bronx, Connie moved with her family to the upstate New York town of Pomona at age 12. She became involved in student productions at Ramapo High School and with the encouragement of her speech teacher, she withdrew from Boston College, signed with a New York agent and pursued an acting career.

After moving into a "one bedroom/ one bathroom/ one closet apartment with four girls," Connie quickly garnered top fashion and commercial assignments in New York and in Europe to support her acting studies. Her very first screen test won her first starring role in ABC's "The Bermuda Depths," with Burl Ives and Carl Weathers.

A string of television movies and series followed, including the highly rated "She's Dressed to Kill," with Jessica Walter and Eleanor Parker (NBC); "Captain America"; a short stint in the NBC series "Beyond Westworld" (inspired by the "Westworld" feature film); and starring roles in three other television series: "Flying High" (CBS), "The Greatest American Hero" with William Katt (ABC) and "Hotel" (ABC), in which she co-starred with James Brolin for five seasons. Her Portrayal of Christine Francis, general manager of the fictitious St. Gregory Hotel, won her praise from the critics, a loyal following and a Golden Globe nomination for Best Actress in a Television Series (Drama).

In 1987, Connie starred in two additional movies made-for-television: "The Last Fling," a romantic comedy co-starring John Ritter (ABC) and "Downpayment on Murder," co-starring Ben Gazzara (NBC). Following that, she travelled to New Zealand to film "Brotherhood of the Rose," a four-hour mini-series for NBC-TV's two-hour telefilm "Turn Back the Clock," a remake of the 1947 feature "Repeat Performance."

In 1991, Connie starred in "Miracle Landing," a CBS telefilm based on the true story of the Hawaiian airplane disaster and "People Like Us," a four-hour mini-series for NBC-TV, based on Dominick Dunne's best-selling novel of the same name. She also starred as Danielle Powell in CBS-TV's "P.S. I Luv U," a one-hour, romantic-comedy, adventure series. The outrageous character she portrayed gave Sellecca the opportunity to display her considerable comedic talents heretofore kept under wraps (by far her favorite series character).

That same year, Sellecca launched a six-year deal with Montgomery Ward for her own line of clothing, jewelry, accessories and intimate apparel.

On April 4, 1992, Connie wed then ENTERTAINMENT TONIGHT host John Tesh. Immediately following their honeymoon, Connie left for Budapest to film "Passport to Murder" for NBC-TV. Immediately upon its completion, Connie returned to Los Angeles to executive produce and star in " A House of Secrets and Lies" for CBS.

Connie then starred in "Second Chances," a romantic mystery drama series on CBS that canceled following the destruction of the production facilities and set in the January 17, 1994 earthquake.

Following the birth of her daughter in 1994, Connie completed four movies back to back..."A Dangerous Affair," co-starring Gregory Harrison for ABC, "She Lead Two Lives," co-starring Perry King and A. Martinez for NBC, "The Surrogate," with Alyssa Milana for ABC and "A Christmas Love," co-starring Randy Travis for CBS.

In 1997 Connie starred in Mary Higgins Clark's "While My Pretty One Sleeps," based on the novel of the same name, which aired on The Family Channel and was the second highest-rated movie in the history of the channel. That same year, she also starred in "Something Borrowed, Something Blue" for CBS. She later starred in the original thriller, "The Doomsday Rock," also for the Family Channel.

With Tesh, Connie hosted "Hidden Keys", an infomercial dealing with communication skills as a key to successful relationships. She is also the "S" in Tesh's GTSP RECORDS label. In 1997, Connie and John founded the Sellecca/Tesh Foundation For The Forgotten Generation, dedicated to addressing the needs of the elderly. For eleven years, Connie served as national spokesperson for Mothers Against Drunk Driving "Tie One On For Safety"/Red Ribbon Holiday Campaign. She is currently the national spokesperson for MADD's new parenting project, The Key, which will feature an interactive CD ROM program to guide families through a discussion about the serious responsibility of being a young driver. Connie's son, Gib, joins her in her efforts to make roads safer.

Connie lives in Los Angeles with her husband and two children. 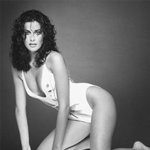 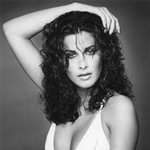 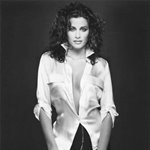