Spending 14 seasons at the Stratford Festival, Colm Feore eventually became its associate director and took part in numerous plays, including “Hamlet,” “Richard III,” “A Midsummer Night’s Dream” and “Romeo and Juliet.” After some time, Feore made his first TV appearance as Antipholus of Ephesus in the adaptation of George Abbott’s play, The Boys from Syracuse (1986). He also appeared with supporting roles in silver screen movies A Nest of Singing Birds (1987) and Iron Eagle II (1988).

Feore, who guest performed as Anton Pascola in the “The Maestro” episode of “Friday the 13th” (1989, also as Alex Dent in 1990), was quickly noticed by critics and was given a Gemini award nomination for Best Guest Performance in a Series. This brought him to the supporting role of Chester Rice, alongside Donald Sutherland and Helen Mirren, in the war drama Bethune: The Making of a Hero (1990).

Following his turn in the TV biopic Artemisia (1992), Feore enchanted his audiences as the titular eccentric Canadian classical pianist in the renowned Thirty-Two Short Films About Glenn Gould (1993). He was next seen in films like the TV mystery The Spider and the Fly (1994), the Gary Sinise-starring TV biopic Truman (1995, as Charlie Ross), John Woo’s Face/Off (1997, played Dr. Malcolm Walsh) and the romantic drama City of Angels (1998, as Jordan Ferris).

Also in 1998, Feore was cast as a Montreal auctioneer in the Canadian-made drama Le Violon rouge and was handed a Jutra award for Best Supporting Actor. It was followed by his famous multiple roles in the Stephen King-penned miniseries “Storm of the Century” (1999), which earned him a Saturn award nomination. Continuing the achievements, Feore was nominated for a Genie award after starring as Ryan Taylor in The Perfect Son (2000) and received a Gemini nomination for his supporting turn as Bruno in the WWII-set Haven (2001, TV).

In 2002, the actor was widely praised for delivering a strong performance as the controversial and flamboyant Prime Minister of Canada in the mini biography series “Trudeau,” in which he collected a Gemini award and a Golden Nymph in a Mini-Series from the Monte-Carlo TV Festival. The same year, Feore joined the all-star cast of the acclaimed movie Chicago, as prosecutor Harrison, and brought in a Screen Actors Guild award, a Broadcast Film Critics Association award, as well as a Phoenix Film Critics Society award nomination for Best Acting Ensemble. Meanwhile, in June 2002, the actor returned to the stage with the role of Henry Higgins in the Stratford Festival production of “My Fair Lady.”

On stage, Feore was cast as Cassius in a touring production of “Julius Caesar” (2005), with Denzel Washington as Brutus. The performer recently revisited the Stratford Festival to take the leading roles in the plays “Coriolanus,” “Don Juan” and “Oliver” (as Fagin).

After starring as Martin Ward in the Canadian film Bon Cop, Bad Cop (2006), Feore will also turn up in such upcoming movies as Barstool Words (2006) and Intervention (2006). In 2007, the actor is set to play Gary in the sci-fi picture Harvest Moon. 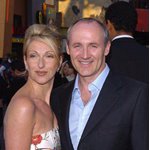 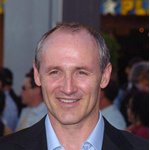