Colin Campbell Clements was born on 25 February, 1894, the son of William George and Ada von Swanback Clements. His father, who had emigrated from England around 1885, worked at the Omaha stockyards as a cattle driver.

In 1917 Clements graduated with an Artium Baccalaureatus (A.B.) Degree from the University of Washington. The following year he attended classes at the Carnegie Institute of Technology in Pittsburgh. Before enlisting in the US Army in 1918, Clements worked as a play reader, actor and stage manager for Stuart Walker's Portmanteau Theater.

After the war Clements spent two years working in the British occupied zone in Turkey with Near East Relief assisting Armenian refugees. A few years later the British government awarded him the General Service Medal of the British Army for his services there.

Not long after returning to America Clements became master of English at Lawrenceville School in Lawrence Township, New Jersey. It was also around this time that he attended Professor George Pierce Baker's famous 47 Workshop at Harvard.

Clements met Florence Ryerson in 1927 while he was directing a play at a small theater in Santa Barbara, California. When the couple married the following year they almost immediately began working as a team. By 1945 they had churned out, eight novels, over 100 short stories (six that were serialized in magazines), three books of monologues and in excesses of 50 plays and screenplays. Their most popular works were probably "June Mad" (1939), "Glamour Preferred" (1941) "Harriet" (1943), "Notorious Gentleman" (1945) and "Strange Bedfellows" (1948).

Children were often the subject matter of Clements and Ryerson's stories. Much of what they learned from observing Ryerson's son, Hal and their gardener's four children became fodder for their work.

In 1932 the Clements were robbed by a burglar with rather sophisticated tastes. Besides expensive Oriental rugs and towels, the highbrow thief pilfered a set of books by Maurice Maeterlinck, sixteen volumes of the history of Greece, four volumes of works by Giovanni Boccaccio and a copy of "The Imitation Of Christ" by Thomas A. Kempis.

The original manuscript of "Harriet", their story about Harriet Beecher Stowe, was donated by the couple to the Archives of American Letters in Princeton University along with a letters of appreciation for the play from former First Lady Eleanor Roosevelt, author Sinclair Lewis and actress Mary Pickford.

Colin Campbell Clements died on 29 January, 1948, after a three week stay at Jewish Hospital in Philadelphia, Pennsylvania. His wife and partner of nearly 21 years was at his bedside. 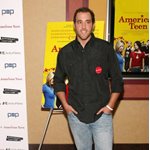 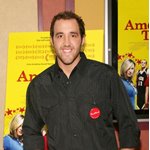 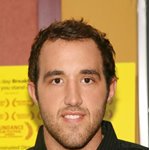