Being a Top 5 finalist of the Miss America Beauty Pageant of 1946, Cloris Leachman earned a $1000 scholarship prize, which she used to study at New York’s Actors Studio under acclaimed director Elia Kazan. At the same time, she also took minor roles in Carnegie Hall (1947), an episode of “The Ford Theatre Hour” (1948) and “NBC Presents” (1949).

To refine her acting skill, Leachman went to the Broadway stage with supporting roles in William Inge’s “Come Back, Little Sheba” (starring Shirley Booth) and a revival of Shakespeare’s “As You Like It” (starring Katharine Hepburn). In addition, she became a semi-regular supporting player in the anthology series “Actors Studio” (1949) and a regular in the detective show “Charlie Wild, Private Detective” (1950-1952, as secretary Effie Perrine).

Acting alongside Paul Newman and Robert Redford, Leachman had the supporting part of Agnes in the western movie Butch Cassidy and the Sundance Kid (1969). Her second association with Paul Newman was in the drama WUSA (1970), where she was cast as Philomene.

Leachman’s acting talent was soon in the radar of creators James L. Brooks and Allan Burns, who chose her to have the recurring role of nosy landlady Phyllis Lindstrom in the sitcom “Mary Tyler Moore” (1970-1975). Her witty portrayal of the role won two Emmys and received two other Emmy nominations.

Amid the sitcom, Leachman also took part in the adaptation of the novel by Larry McMurtry, The Last Picture Show (1971), as the betrayed wife of a football coach. For her impressive performance as a cheated woman, the actress collected an Oscar, a National Board of Review, a Kansas City Film Critics Circle award and a BAFTA Film award for Best Supporting Actress. Additionally, she was nominated for a Golden Globe.

Subsequent to the musical adaptation Of Thee I Sing (1972, TV), Leachman won another Emmy for her leading role of Victoria Douglas, a pregnant middle-aged woman, in the TV drama A Brand New Life (1973). She later took home two Golden Globe nominations, one for her turn as Nettie Appleby in the family movie Charley and the Angel (1973) and another for her supporting part as Frau Blücher in the spoof movie Young Frankenstein (1974).

After delivering an Emmy-nominated performance as Viola Barlow in The Migrants (1974, TV), Leachman went to the spin-off series “Phyllis” (1975-1977), in which her comic performance was awarded a Golden Globe and received an Emmy nomination. The actress gained her next Emmy award after guest performing in a 1975 episode of the variety show “Cher” and took home an Emmy nomination for appearing in the TV special program Telly... Who Loves Ya Baby (1976). Working in a holiday TV movie, Leachman beautifully played Clara Oddbody, Mary’s Guardian Angel, in It Happened One Christmas (1977, earned an Emmy nomination). Still on the small screen, the actress took part in Long Journey Back (1978), S.O.S. Titanic (1979) and The Oldest Living Graduate (1980).

Leachman also gave applauded performances in Yesterday (1981), the drama Miss All-American Beauty (1982, TV) and The Woman Who Willed a Miracle (1983, TV, won a Daytime Emmy for playing May Lemke). Two more Emmy nominations arrived after Leachman performed in the TV special program Screen Actors Guild 50th Anniversary Celebration (1984) and carried out the role of Mary Kovacs in the TV biopic Ernie Kovacs: Between the Laughter (1984).

After starring opposite Dick Van Dyke in Breakfast with Les and Bess (1985), the skilled actress returned to sitcoms as Beverly Ann Stickle in the last two seasons of “The Facts of Life” (1986-1988). The next year, she was seen as Ms. Frick in the Mel Brooks-created, short-lived sitcom “The Nutt House” (1989).

Leachman added another Emmy to her shelf after taking on the recurring role of Aunt Mooster in the CBS family drama series “Promised Land” (1996, 1997). Two years later, she joined director Wes Craven in the biopic Music of the Heart (1999), as Assunta Guaspari, the mother of Meryl Streep’s character. Leachman’s stage portrayal of Parthy in a touring company of “Show Boat” brought her to another praised guest role, this time as Ruth, in the fantasy series “Twice in a Lifetime” (2000).

Thanks to her notable recurring turn as Grandma Ida in the Fox sitcom “Malcolm in the Middle” (2001-2006), Leachman brought home two Emmy awards and five Emmy nominations for Outstanding Guest Actress in a Comedy Series. Leachman, who was granted the 2003 California Independent Film Festival’s Lifetime Achievement award, also earned an Emmy nomination for her guest-starring role as Aunt Olive in “Joan of Arcadia” (2004).

The veteran actress was recently seen in the spoof movie Scary Movie 4 (2006) and the Oktoberfest-set comedy Beerfest (2006, as Great Gam Gam). She also appeared in the pilot episode of the new sitcom “The Great Malones” (show began in 2006). 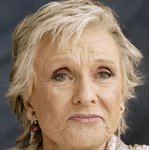 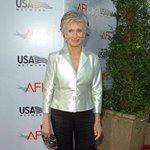 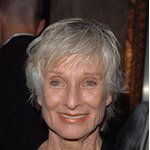 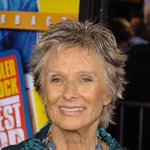 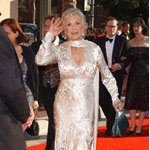 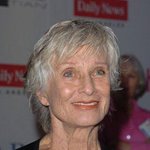 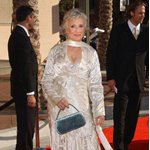 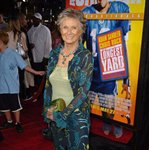