Claudia's parents met when her father was in the Air Force, stationed at Brindisi, Italy where he met her mother, an Italian native. She was born and raised in Providence, Rhode Island where as an East Providence High School student, she was selected for the All State Track and Field team. She participated in three Junior Olympics and finished third in the long jump at the East Coast Invitational.

After high school, she attended Baldwin Wallace College in Ohio where she majored in broadcasting and journalism. She had her own campus radio program, worked at the Providence American Newspaper and at the Boston television station WHDH-TV.

Jordan career in entertainment business was further highlighted with gigs in commercials like Sears, Pepsi, Coor’s Light and Denny’s. She also appeared as a girl in video music “Quit Playing Games with my Heart” by Backstreet Boys in 1998, as well as acted in the comedy film Trippin’ and guest starred in an episode of television series “City Guys,” the next year.

Entering the new millennium, Jordan was featured as sexy lady in the made-for-television film Little Richard (2000), a biopic about Little Richard (played by Leon), from his poor Southern background to coping with the troubles and trials of being a black singer in the 50’s, to his born-again phase & brief “withdrawal” from rock and roll. The same year, she had a guest spot as Natasha in an episode of “Jack & Jill.”

2001 saw Jordan work on Fox’s sport/talk show “The Best Damn Sports Show Period,” as guest correspondent, and on the game show “The New Price is Right,” in which she was a model until 2003. She then served as Entertainment Reporter in the news/sport series “54321” (2003) and co-hosted the Style Network show “Modern Girl’s Guide to Life” (2003). Jordan resumed her acting career with small roles in 2002’ comedy/ sci-fi S1m0ne, opposite Al Pacino, Winona Ryder, Katherine Keener, Rachel Roberts and Evan Rachel Wood, and director Jerry LaMothe’s Nora’s Hair Salon (2004), a comedy/drama starring Tatyana Ali, Bobby Brown and Kristian Bernard. She also appeared as Ms. Bonita in a 2005 segment of the 2003 comedy show “That’s So Raven.”

Jordan appeared as model # 9 in the US version of “Deal or No Deal” in 2005, a game show directed by R.Brian DiPirro and Bob Lavy, and was invited in a talk show, “The Big Idea with Donny Deutsch,” which aired on February 27 2006. Later in June, 2006, the pretty model graced on the cover of Fitness RX, Womans World and, a month later, she became one of judges at the 2006-2007 Miss Universe Pageant on NBC. 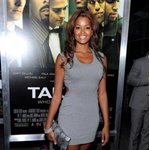 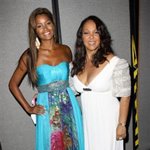 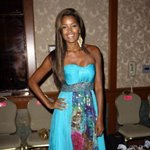 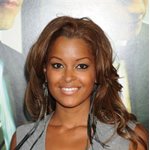 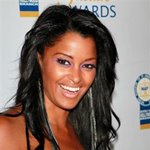 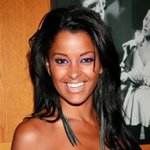 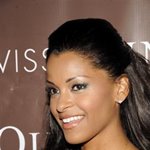