First acting in a school play titled Observe The Sons of Ulster Marching Towards The Somme, Cillian Murphy subsequently landed the starring role of Pig in Corcadorca's 1996 production of Enda Walsh's Disco Pigs. His brilliant performance in the award-winning stage production brought him rave reviews and helped to jump-start his career.

Murphy made his feature film debut in Quando (1997, playing Pat) and played the character of Pat the Barman in The Tale of Sweety Barrett (1998). In 1999, Murphy, who initially began acting as a hobby and a way to kill time on the weekends, went on to receive roles in the wide screen movies Eviction (1999, as Brendan McBride), At Death's Door (1999) and the comedy-drama Sunburn (1999, portrayed Davin McDerby). He also played a prominent character in William Boyd's war drama The Trench (1999, as Rag Rockwood).

After having a bit role in Filleann an Feall (2000), Murphy played suicidal psychiatric teenager Jonathan Breech in John Carney's On The Edge (2001, also starring Tricia Vessey, Jonathan Jackson and Stephen Rea). He next played Gus in the drama How Harry Became a Tree (2001).

That same year, the soft-spoken, fair-skinned actor reprised his stage role of Pig in director Kirsten Sheridan's film Disco Pigs. Murphy's brilliant performance gained notice and received a nomination for Best Actor in a Feature Film by the Irish Film & Television Academy. He then made his television debut by starring as Paul Montague in the BBC mini-series The Way We Live Now (2001).

Murphy experienced a major breakthrough when he was cast as Jim in the horrifying thriller 28 Days Later (2002, helmed by Danny Boyle, also starring Naomie Harris, Brendan Gleeson and Megan Burns). His performance as a man awakening from a coma to find the world has been infested with a terrifying virus earned Murphy worldwide fame.

Though Murphy earned success on the wide screen, he continued to work onstage. In 2002, he performed at Dublin's Gate Theatre with the production The Shape of Things. The following year, Murphy appeared as Konstantine in Chekov's The Seagull at the International Theatre Festival in Edinburgh. He was also seen on the stage starring as Christy in Ireland's Druid Theatre's production of The Playboy of the Western World (2004).

Originally auditioning for the role of Batman (the role was eventually given to Christian Bale), director Christopher Nolan cast him as villain Jonathan Crane/Scarecrow in Batman Begins (2005). Murphy next starred in Wes Craven's thriller Red-Eye (2005, also starring Rachel McAdams and Brian Cox). Murphy then teamed with Crying Game director Neil Jordan in Breakfast on Pluto (2005, alongside Liam Neeson and Stephen Rea). In the film, Murphy plays a protagonist character named Patrick "Kitten" Brady.

Murphy will soon be seen in the upcoming war drama The Wind That Shakes the Barley (2006, also starring Liam Cunningham, directed by Ken Loach). He is also scheduled to play a role in Danny Boyle's Sunshine (2006, opposite Chris Evans and Michelle Yeoh), a sci-fi film about an astronaut group assigned the task of finding a space crew that has vanished. 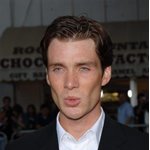 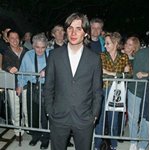 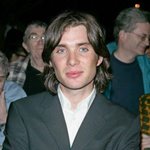 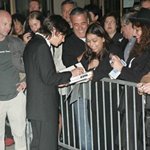 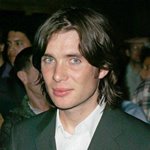 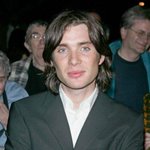 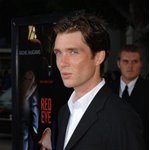